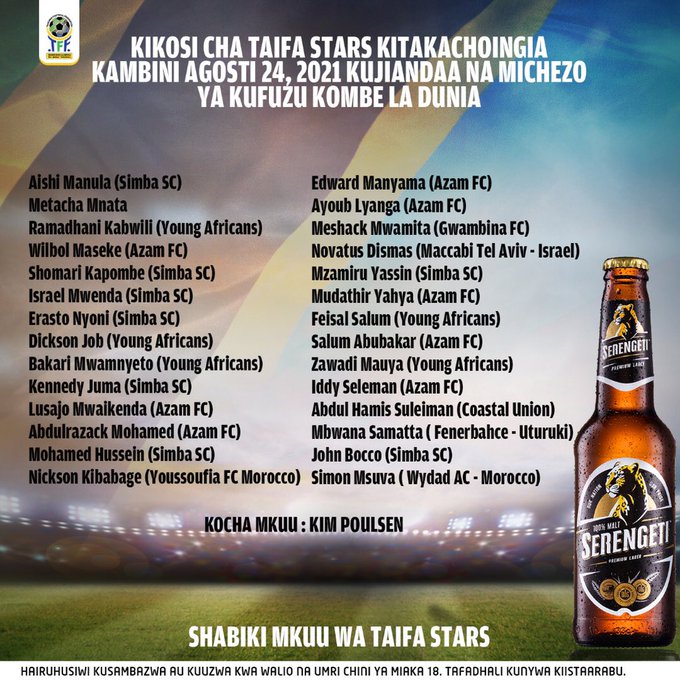 Poulsen's men will start training on 24 August. They will face DR Congo on 2 September before taking on Madagascar on 7 September for the qualifiers.

The team missed out on the 2021 AFCON finals and so will have all efforts geared towards a maiden FIFA World Cup participation in 2022. 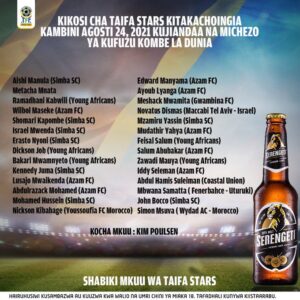