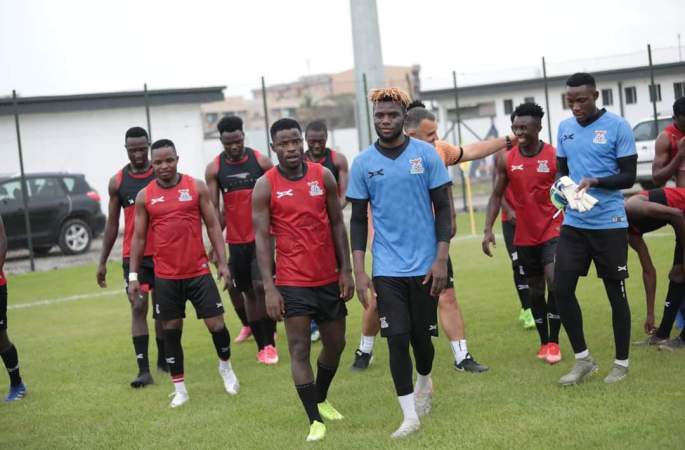 Zambia's Chipolopolos lost 1-2 to Douala Astres on Saturday afternoon at the Mbeppe Leppe stadium in Douala. The Zambian team is present in Cameroon since Wednesday, September 28 for a greening ahead of the 3rd day of the World Cup qualifiers, the Zambian team took the opportunity to play a test match against the Cameroonian first division club.

The Cameroonian team, who are also preparing for the national cup final, managed to find the resources to come back on the scoreboard and even won (2-1) thanks to their striker Léon Boyomo, who scored twice.

However, it should be noted that Zambia is present in Cameroon with a squad of 14 players, all playing in the country. The legion of European-based players will return to the squad in Douala on Monday. The Chipolopolos will head to Equatorial Guinea next Wednesday where they will face the Nzalang Nacional for the third day of the 2022 World Cup qualifiers.