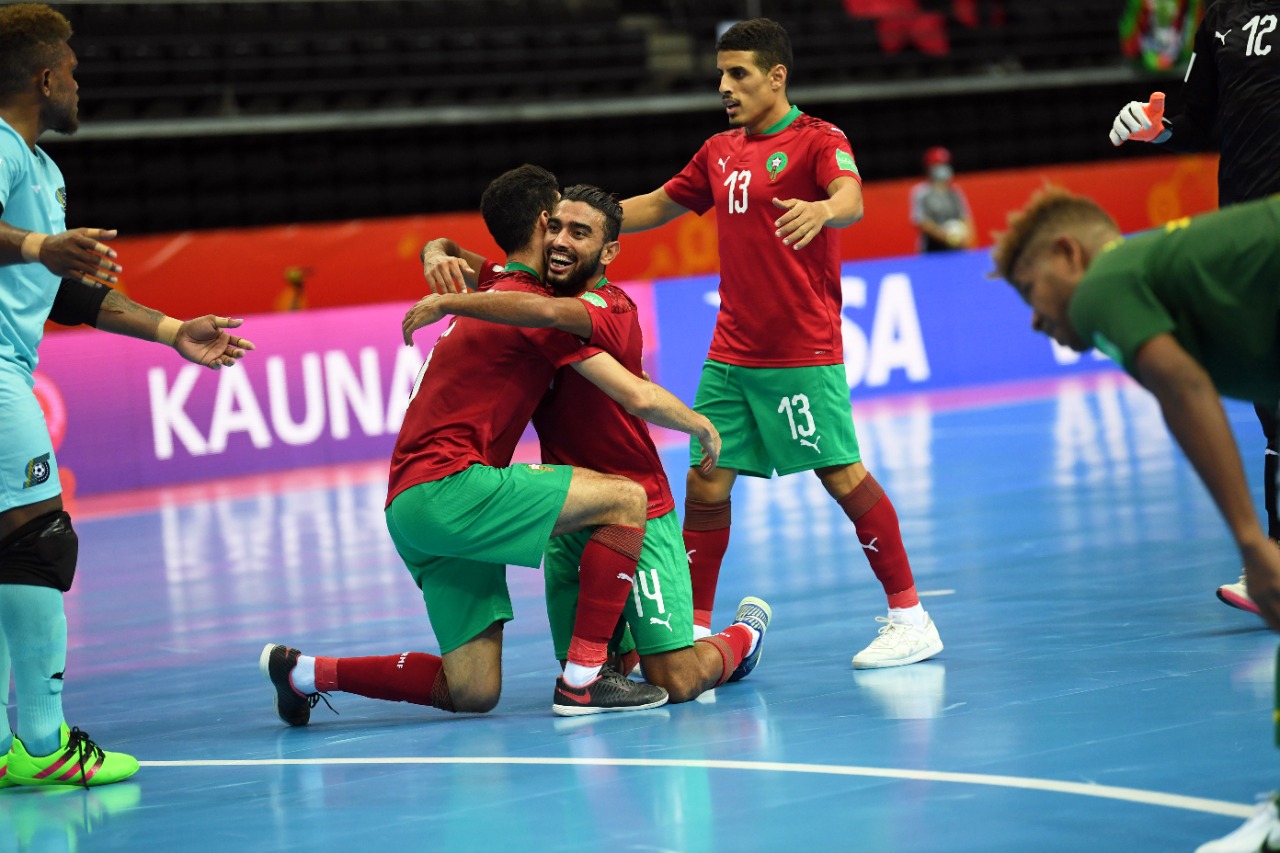 The Atlas Lions are off to a flying start at the Futsal World Cup (12 September-3 October 2021). Hicham Dguig's team dominated the Solomon Islands (6-0) on Monday 13 September at the Zalgiris Arena in Kaunas, Lithuania.

In the first half, the Moroccans quickly made the difference by leading 3 goals to 0 before closing the second half with a new demonstration of their collective strength. Their goals came from Soufiane El Mesrar, Achraf Saoud, Raiss El Fenni, Bilal Bakkali, Othmane Boumezou and Soufiane Borite.

With this first victory, Morocco enters its second match in a good position and could benefit from a victory against Thailand to reach the second round. The Asians lost to the favorites Portugal (4-1). They will also have to give it their all against the Atlas Lions to avoid seeing their chances of qualification dashed. The second outing of the Moroccans could seal next round qualification.