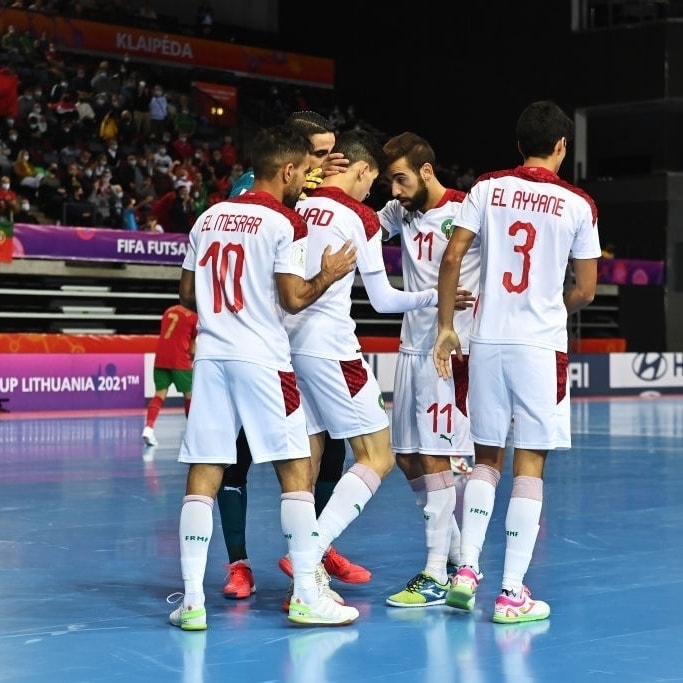 Morocco continues to be the surprise package in the Futsal World Cup in Lithuania (12 September - 3 October). After a thunderous start against the Solomon Islands (6-0), the Atlas Lions held the shock against Portugal on Sunday at the Zalgiris Arena in Kaunas (3-3) after a draw against Thailand (1-1).

Qualified for the first time in the second round of this competition, the Moroccans will cross swords with Venezuela in the 8th final. A match that promises to be balanced between two selections ranked in the world's top 20. The Moroccans are currently 16th while the South Americans occupy the 20th place in this ranking. Venezuela finished second in their group behind Kazakhstan, but with the same number of points.

After their draw on Sunday, the Atlas Lions paid a tribute to the best player in the world, Portuguese Ricardinho, a futsal legend.