Ghana to face Uganda in U-20 AFCON finals. 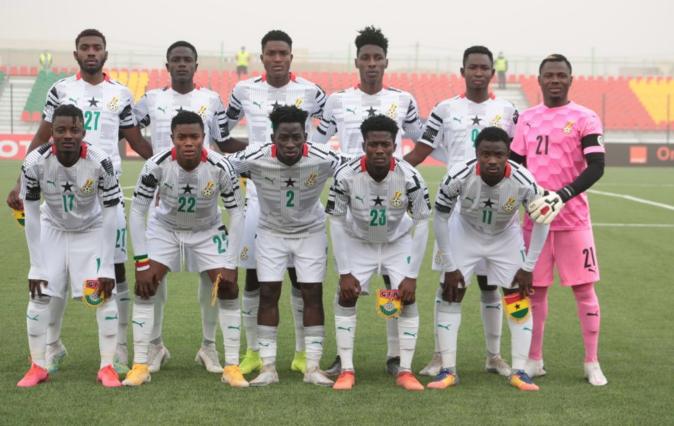 Ghana’s U20 side, the Black Satellites will face debutants,Uganda on Saturday, 6th March, 2021 in the AFCON U-20 tournament in Mauritania. The Black Satellites beat their Gambian counterpart 1-0 to advance to the grand finale whilst Uganda beat Tunisia 4-1.
Precious Boah’s set-piece from the edge of the box in the 34th minute was enough help Ghana’s U20 side to beat Gambia in the semifinals.

It was a great revenge for the Ghana U-20 side as they suffered a 2-1 defeat against same opponents in their final group game.
Coach Karim Zito made just one change to his starting line up with Sulemana Mohammed Dreams FC replacing Mathew Anim Cudjoe of Legon Cities FC.
The Dreams FC striker registered his third goal of the tournament to lead the goal king chart. The last time a Ghanaian player won the goalking award was in 2009. Ransford Osei won the award with 7 goals. Since then, the others winners of the awards have not scored more than 4 goals.

Ghana will meet the winner in the other semi-final game between Tunisia and Uganda. The Black Satellites will be eyeing a fourth AFCON U-20 title in the final.