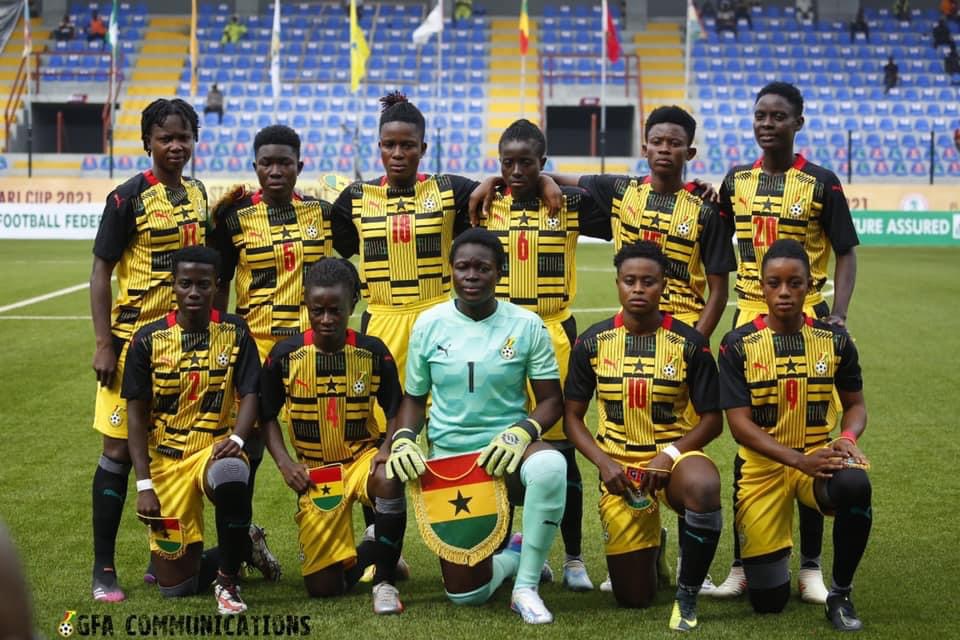 Ghana’s senior women’s national team, the Black Queens bounced back from their 3-0 defeat against South Africa to beat Cameroon 2-0 in their second match in the on going Aisha Buhari Cup in Lagos, Nigeria.

After their 3-0 humiliating defeat in the hands of the South Africans last Friday, head coach Mercy Tagoe and side were heavily criticized by Ghanaians.

The team needed a victory at all cost heading into the game at Mobolaji Johnson Arena, Lagos.

The first half produced few goal scoring chances as the two teams tried to size each other.

However, the Black Queens broke the deadlock in the 60th minute  when Princella Adubea storms down the left before lifting the ball over the Indomitable Lionesses keeper and into the net to score .

15 minutes later, Ghana could have doubled their advantage but Thunder Ladies attacker Vivian Konadu failed to direct her low drive shot into the back of the net.

Konadu, however, made amends in the 89th minute by scoring a sublime goal as she dribbled past three Cameroonian defenders before slotting the ball past the goalkeeper.