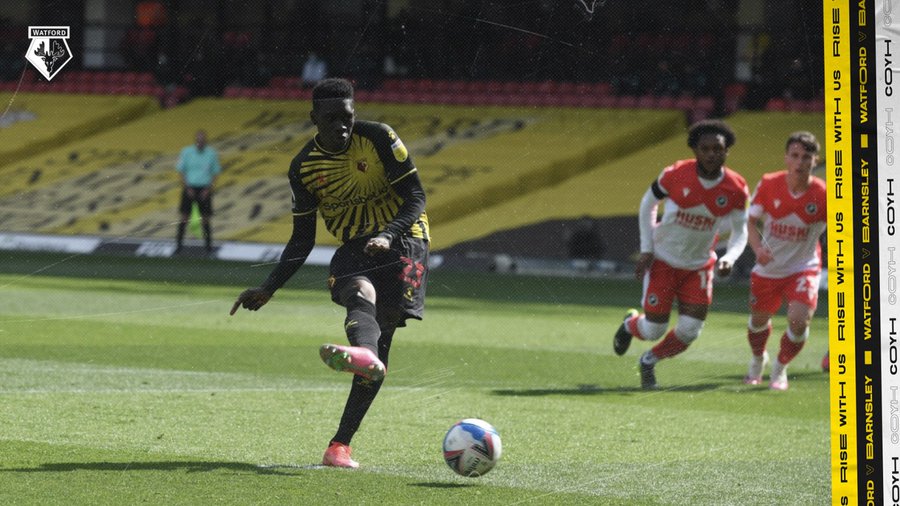 Watford needed a win on Saturday to secure their return to the Premier League with two games remaining in the second tier. The Hornets did not miss the opportunity. They beat Milwall 1-0 thanks to a penalty converted by Ismaila Sarr (11th). The 23-year-old Senegalese winger has greatly contributed to Watford's rise. He scored 13 goals and provided 10 assists. Ismaila Sarr has now scored 23 goals in his 39 Championship appearances.

Watford makes a U turn to the top flight after the club was relegated last season.