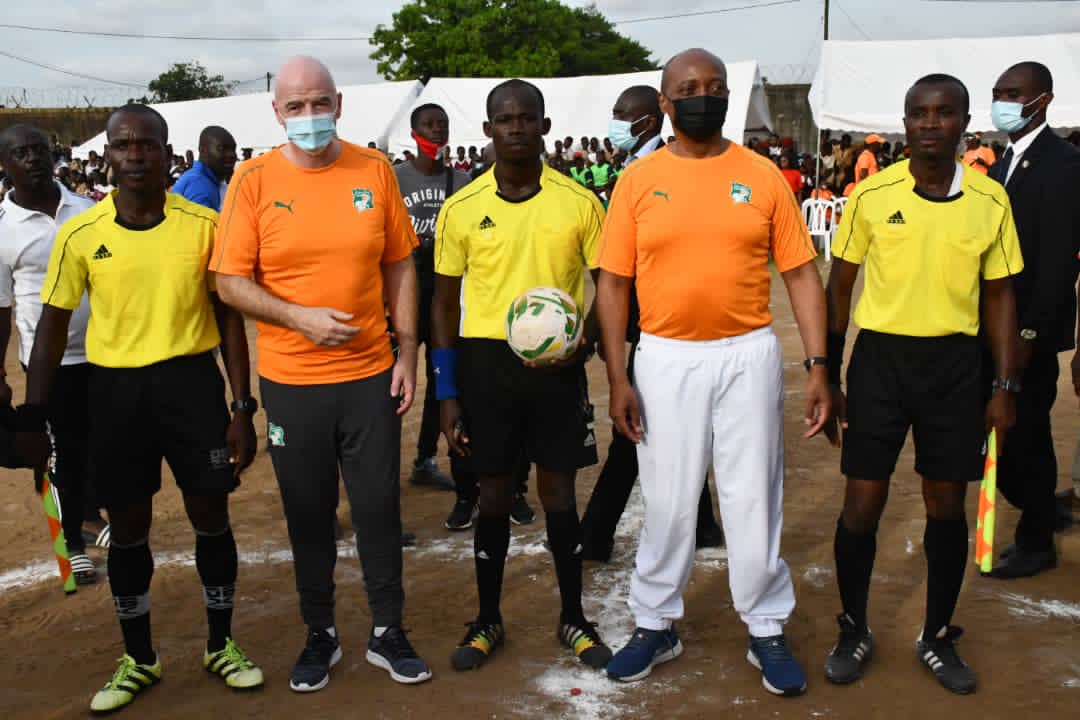 Consensus seems to be the new watchword in Africa. If it comes to an election in the national football authorities. On a two-day visit to Abidjan (3 and 4 May), FIFA President Gianni Infantino and his CAF counterpart Patrice Motsepe called for unity between the three candidates, Sory Diabaté, Yacine Idriss Diallo and Didier Drogba. Especially since the upcoming elections at the Ivorian Football Federation (FIF), may be tense.

"The most important message for me is unity. I have heard that there are three groups, they must get together. I don't support any group. But, we need football to go higher. That is our pride. No one group can do it alone. The most important thing is to get everyone together," Motsepe said. "We are going to commit ourselves to bringing everyone together. So that Côte d'Ivoire continues to grow," insisted the continental football boss. A message validated by Infantino.

The position of these leaders is variously interpreted in Abidjan. A good part of the opinion thinks that the presidents of FIFA and CAF "roll" for Didier Drogba.

The official launch of the Pan-African inter-school championship should also be noted. The president of CAF also announced an envelope of 5 billion FCFA to support this competition.