La Liga: Barcelona miss out on the lead 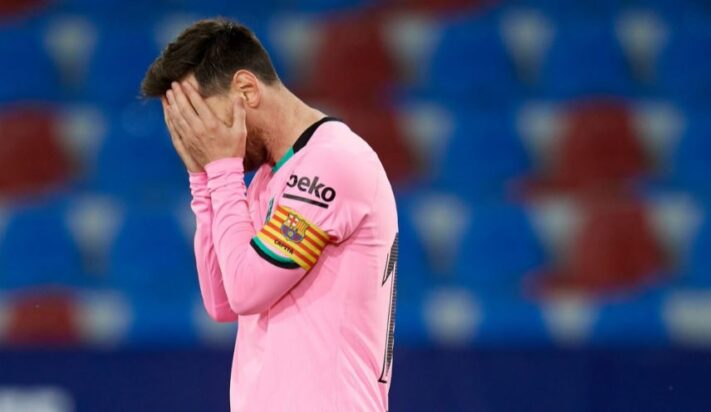 La Liga: Barcelona miss out on the lead

Fc Barcelona held to a draw by Levante.
Barcelona missed the chance to take the lead in La Liga. The Catalans were held to a 3-3 draw at Levante in the 36th round of matches. Barca threw away a 2-0 half time lead. Messi opened scoring with his 29th goal of the season.

Ronald Koeman's players have now thrown all their jokers. They are currently one point behind leaders Atletico Madrid. The Colchoneros face Real Sociedad this Wednesday. A win for Diego Simeone's men would consolidate their position at the top of the table with two games to go.