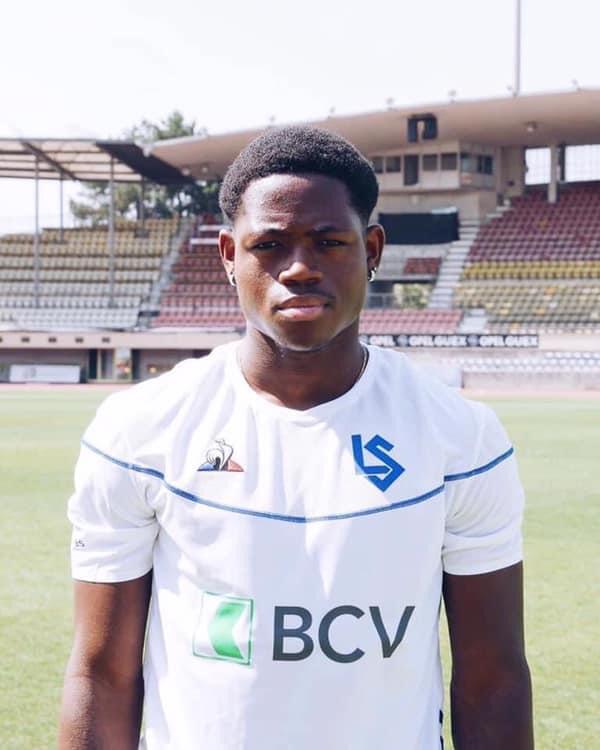 18-year-old Cameroon defender Marc Fred Tsoungui scored his first goal of the season for FC Lausanne in their 0-3 away win over Vaduz in match day 23 of the Swiss Super League, on Wednesday night.

He was introduced at the 72nd minute of the game, before scoring their second deep into stoppage time.

It was his first league goal in Lausanne colors, in his sixth league appearance of the season.

He joint FC Lausanne last summer from Italian top flight side Napoli on a three-year contract.

Jonathan Bolingi put FC Lausanne ahead at the 44th minute, before Tsoungui got their second at the 90+5. They still had time for a third through Lucas Da Cunha a minute later.

The win leaves them on the fifth spot on the 10 teams league table with 30 points, while Vaduz are at the last spot with 22 points.