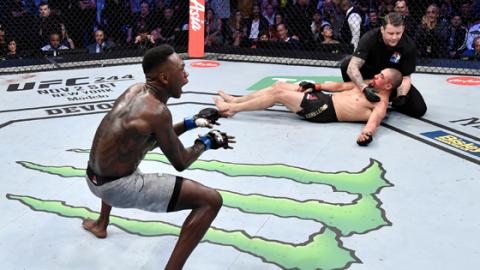 Israel Adesanya is not willing to reach out to Khamzat Chimaev just yet. The Nigerian, UFC middleweight champion, believes that the Chechen-born Swede still has some way to go to reach his level. And thus have the opportunity to cross paths with him in the octagon.

"At the moment he (Khamzat Chimaev) is just barking in the wind but who has he fought? He can beat a lot of the best, from what I've heard. But let me see him first and then we'll start talking about this hype around him first. I don't have to take him seriously right now. He's a guy I'd like to fight - if he does what he says he's going to do, he's going to attract a lot of attention. But at the moment he's not there yet," says The Last Stylebender.

Chimaev has a clean record in MMA so far. The 27-year-old fighter has won all ten of his fights, including six by knockout and four by submission. All of his victories have been secured before the limit.