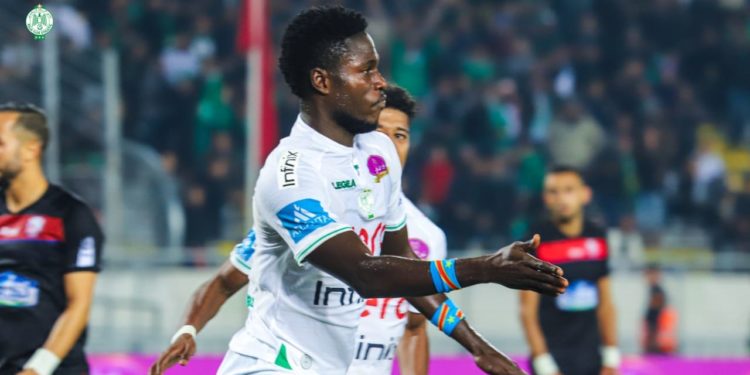 Congolese international Ben Malango is feeling at home in a scintillating form. Scorer against FAR Rabat during the "Moroccan classico", the Raja Casablanca striker scored again this Thursday against Ittihad of Tangier (2-0), on match day 7 of the Botola Pro D1.

The Raja striker scored the second goal of the Greens at the end of the game (90'+2) after the opening goal of Noah Wael El Saadaoui (42'). With this victory, the reigning champions are 2nd place with 17 points behind Wydad of Casablanca (18 points).

Salaheddine Benyachou (6 goals) tops the goal scoring log. He is ahead of Sufi Rahimi and the Gabonese Abdou Atchabao who have 5 goals each. El Kâabi and Malango have 4 goals each.