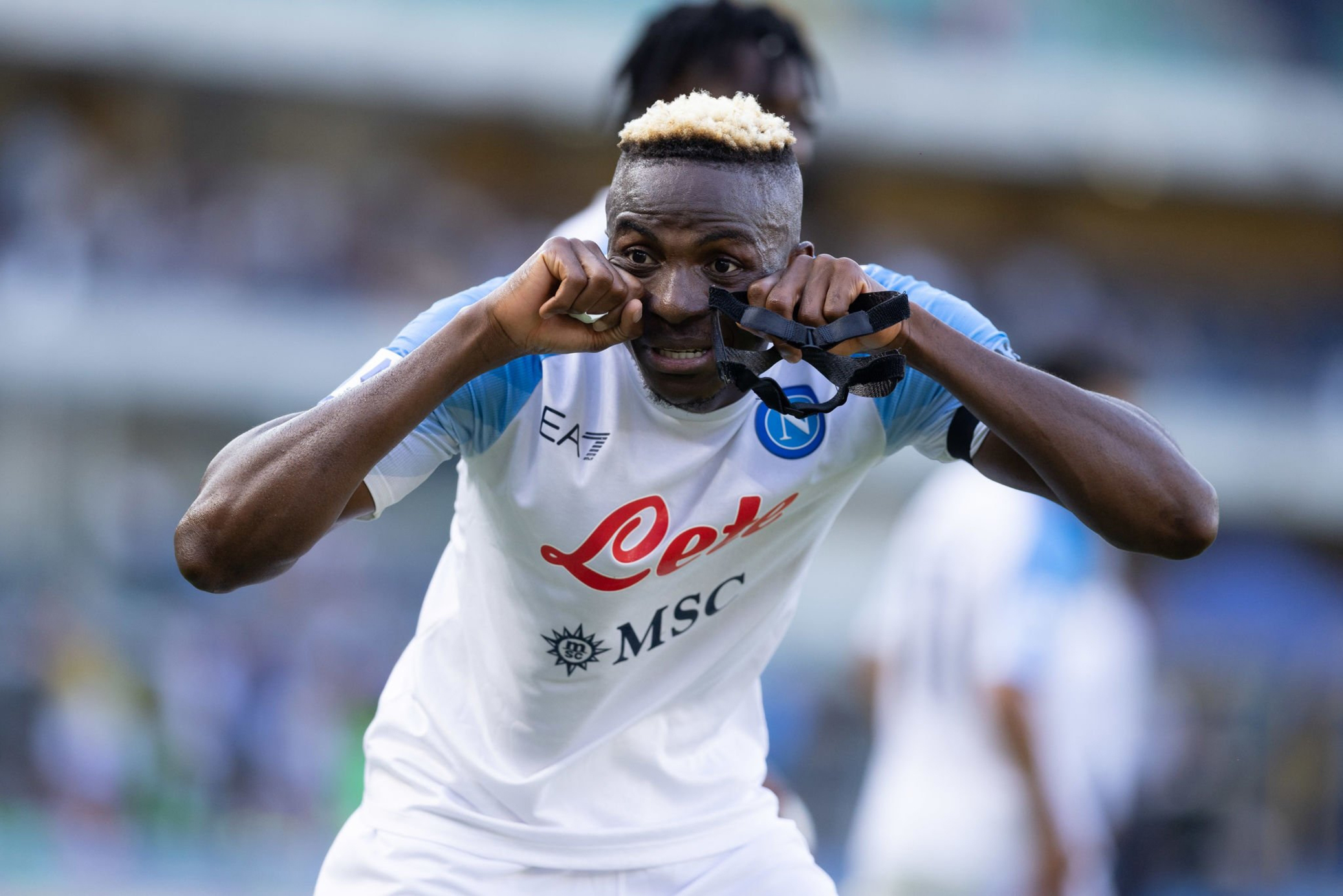 Victor Osimhen unlocks his goal counter of the season. The Napoli striker scored the second goal of his club at the end of the first half (45+3) on Monday night in their first Serie A game. Not surprisingly the Super Eagle celebrated his goal by teasing the Hellas Verona fans. The latter had chanted racist chants against him. Osimhen starts well this 2022-2023 campaign, he who had 14 goals last season.

Victor Osimhen is up and running for the season ✅

Napoli lead Verona 2-1 at the break.