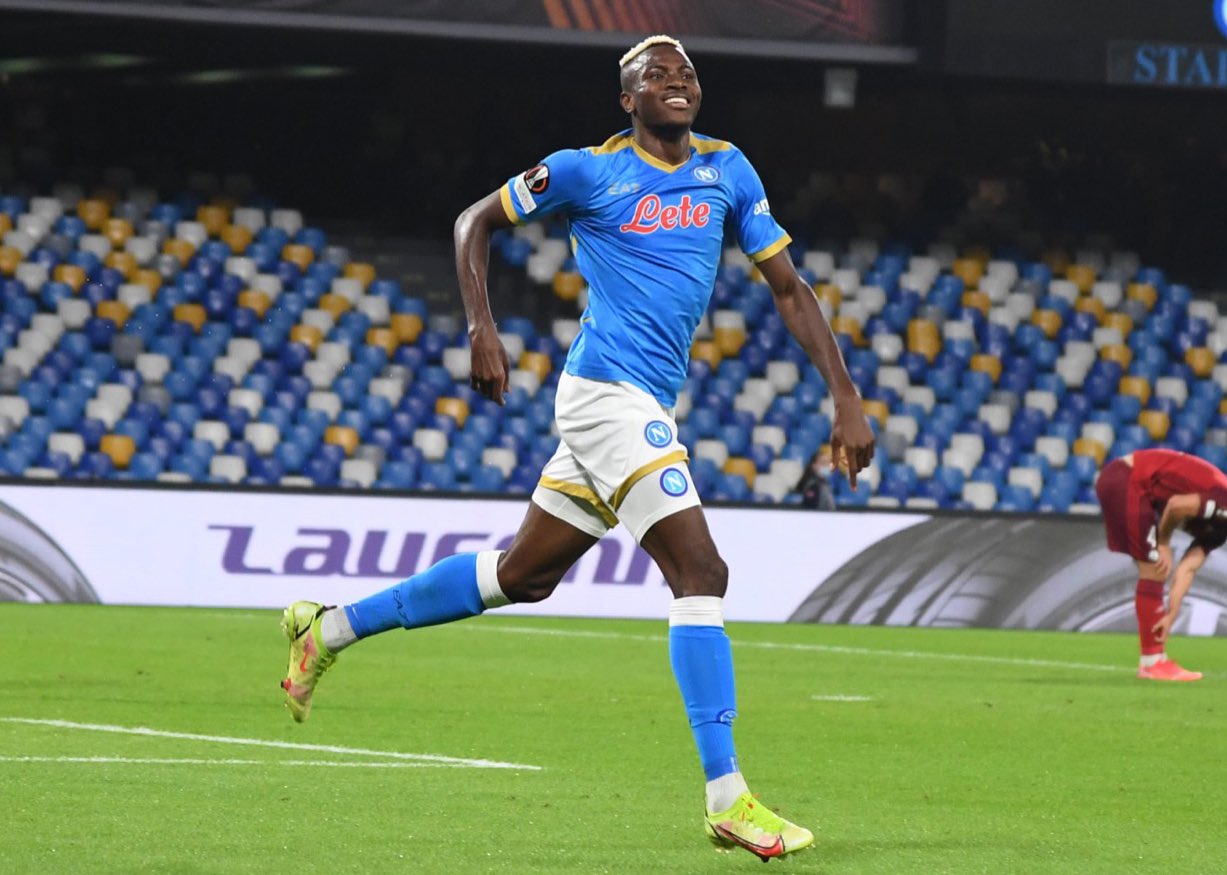 Napoli's Victor Osimhen has kept them in second place in the Serie A standings. The center-forward's brace helped Napoli to a 2-1 win over Udinese and keep a close eye on leaders Milan with eight games to go.

At kick-off, second-placed Napoli, three points behind AC Milan, are just one point ahead of third-placed Inter. The Neapolitans had a scare after their opponents opened the scoring in the 22nd minute. But after the break, Luciano Spalletti's men hit the accelerator within 15 minutes. A header from a free-kick and then a deflection off Di Lorenzo's cross sent Victor Osimhen celebrating in front of the fans while kissing the club crest. He knows how much this victory is worth. "We still believe in the Scudetto and the tifosi must believe with us," he said at the end of the match.

Osimhen, the indispensable
After a first season that was not entirely successful, despite a record purchase of 80 million euros, the former Lille man is responding to expectations and criticism. It was his second consecutive double in Serie A after a similar win over Hellas Verona on matchday 29. The Nigerian striker now has 11 league goals in 20 games. He is Napoli's top scorer in all competitions (15 goals). Osimhen missed several weeks out with a broken face, but his team could only manage three wins in eight games.

After missing the Africa Cup of Nations due to injury, Victor Osimhen will face the challenge of making the play-offs for the 2022 World Cup on 25 and 28 March against Ghana.