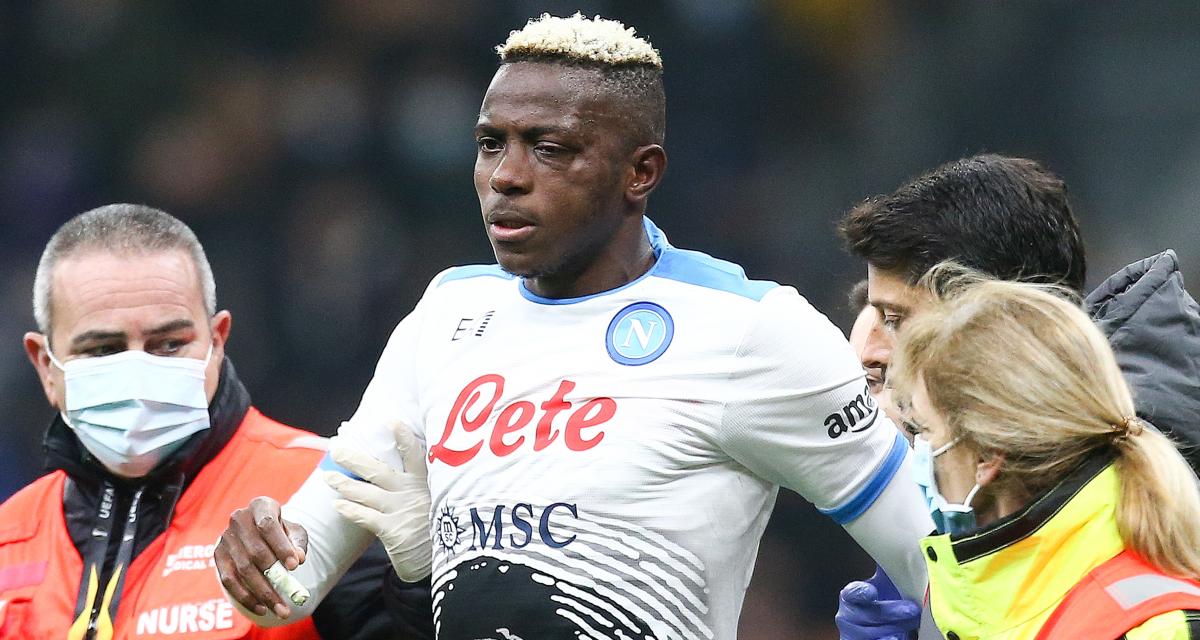 Napoli's Nigerian striker Victor Osimhen will undergo surgery on Tuesday 23 November after suffering a serious facial injury in their 2-3 defeat to Inter Milan on Sunday. The news came from his club on Monday.

Osimhen is suffering from "multiple displaced fractures of the eye socket and the left cheekbone", said Napoli. The duration of his unavailability was not specified, but the Italian press, reported by L'Equipe, said he would be out for at least a month.

Thus, Victor Osimhen should be unavailable for his club until the end of the year. For the AFCON 2021, the participation of the Nigerian striker with the Super Eagles is possible. But not necessarily at 100%.