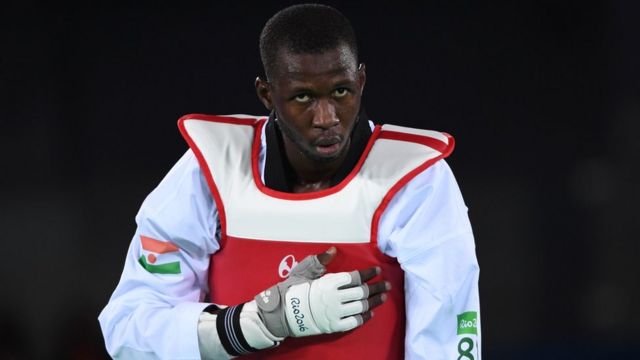 Abdoul Razak Issoufou Alfaga has been eliminated from the taekwondo tournament at the Tokyo Olympics. The 26-year-old Nigerian was competing on Tuesday 27 July. Silver medalist at the 2016 Olympics in Rio, he was the hope of his country in Japan. But he was beaten in his first bout against Seydou Gbané, 15-9. Then the Ivorian in turn lost, ruining the Nigerian's chances of being drafted for the bronze medal.

Africa could have won a medal in this discipline on Tuesday, but the fighters were not up to their opponents. Indeed, the Ivorian Aminata Charlène Traoré was also beaten (17-8) in her attempt to win bronze in +67 kg. It is the young French woman Althéa Laurin who finally won the bronze medal.

During this very intense fight, Aminata Charlène Traoré was leading (2-6) at the end of the first round. But at the end of her strength, she let the victory slip away in the second half of the fight. The Ivorian received five kicks to the body and one to the head from the Frenchwoman. The referee stopped the fight with three seconds to go.