Oyongo Bitolo: Difficult Start To Life In Russia After Injury On Debut. 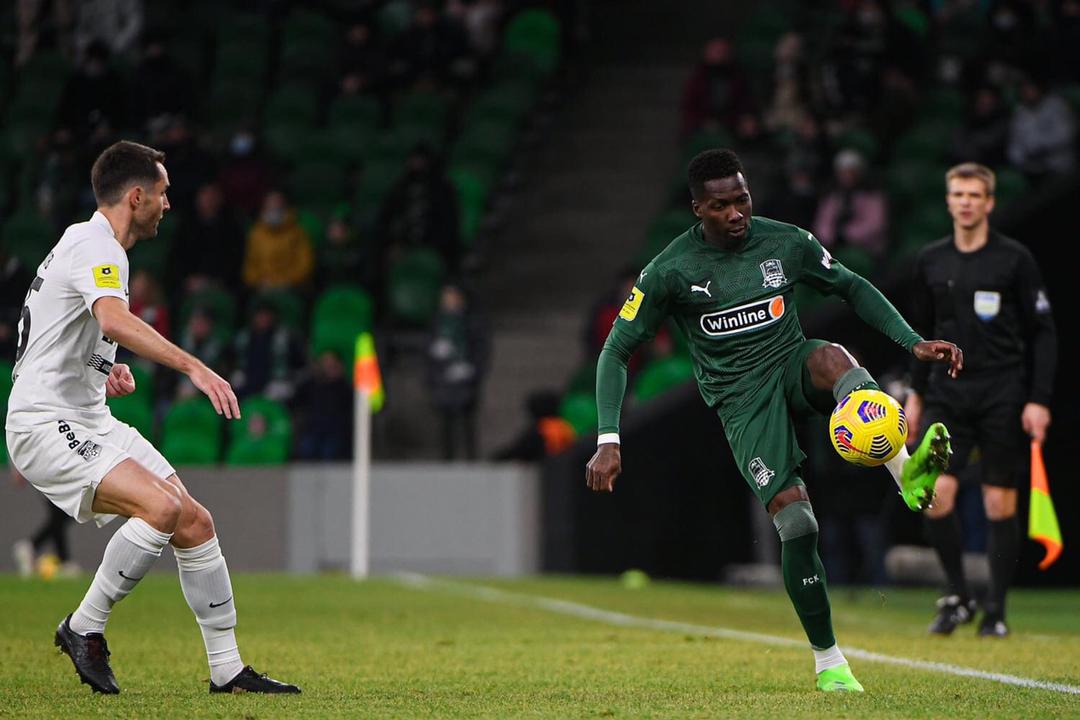 Oyongo Bitolo: Difficult Start To Life In Russia After Injury On Debut.

It’s far from being a dream start to life in Russia for Cameroon defender Ambroise Oyongo Bitolo.

He made his debut for FC Krasnodar, when he was brought on at the 33rd minute for the injured Evgeny Chernov in match day 20 of the Russian top tier.

Unfortunately, the defender was also forced to abandon his teammates at the 46th minute after suffering from what is feared to be a rupture of his cruciate knee ligaments.

They recorded a 2-2 home draw with Ural in a game that was marred by injury concerns.

Oyongo joint FC Krasnodar on loan till the end of the season from French Ligue 1 side Montpellier.

The former Cotonsport of Garoua, New York Red Bulls and Montreal Impact defender had fallen down the pecking order at Montpellier where he managed just 13 league games this season, prior to his move to Russia with just five starts.

The native of Ndikinimeki joint Montpellier in 2017 from Montreal Impact and featured in 63 league games with three goals to his name.

The 2017 Africa Cup of Nations winner with the Indomitable Lions of Cameroon moved to Russia in quest of game time. He will now have to wait for further results from Krasnodar’s medical team to know exactly for how long he will be sidelined.