Paolo Duarte new coach of the Sparrow hawks of Togo 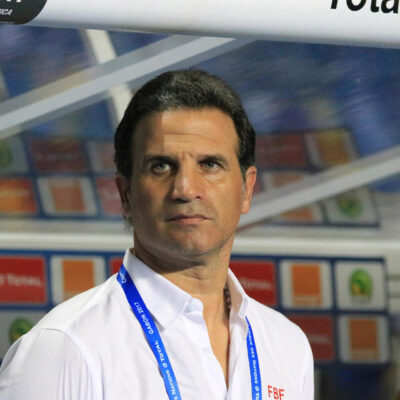 Paolo Duarte new coach of the Sparrow hawks of Togo

The suspense for the position of coach of the Togo Hawks is over. The Togolese Football Federation (FTF) announced on Monday the appointment of Paulo Duarte. He succeeds the French technician Claude Leroy.

The President of the FTF said that the choice of this coach "marks the will to break with the past". And above all "to inject a new dynamism" into the national team.

But until he can actually take office in August, the Togolese Jonas Kokou Komlan will be in charge of the Togo Hawks. He will be on the bench for the first two days of the 2022 World Cup qualifiers.

Paulo Duarte has already coached several African teams. He also played in the final of the CAN with Burkina Faso in 2013.