Premier League: Iheanacho named player of the month for March 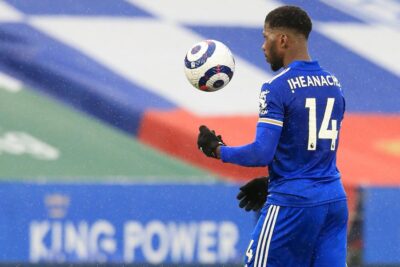 Premier League: Iheanacho named player of the month for March

Kelechi Iheanacho has just been voted 'Premier League Player of the Month' for March.

Your @EASPORTSFIFA Player of the Month is @67Kelechi 🌟#PLAwards pic.twitter.com/IN9etLZhu7

A completely deserved award for the Nigerian striker. The Leicester City player has been in scintillating form in recent weeks. The Nigerian has scored seven goals in his last four games for the club, including a hat-trick against Sheffield United and a brace in the FA Cup against Manchester United (3-1).

"I am very happy and honored to win this award. I really enjoy being on the pitch and I hope I can continue this and help the team finish as high as possible this season," said Kelechi Iheanacho.

It is his first ever Player of the Month award in his Premier League career.