PSG: Achraf Hakimi participates in the Parisian festival in Clermont 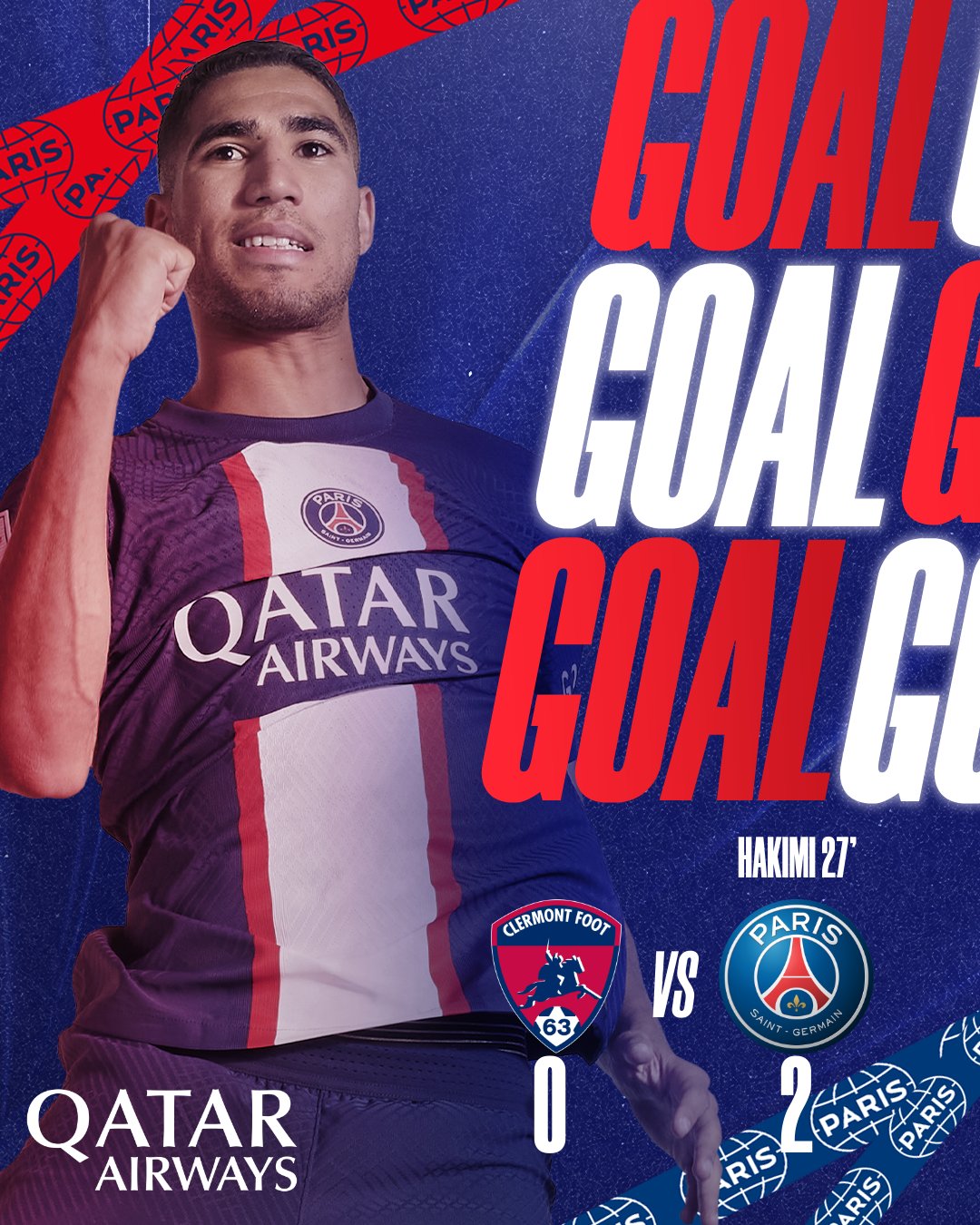 PSG: Achraf Hakimi participates in the Parisian festival in Clermont

PSG crushed Clermont (5-0) on Saturday, August 6, for the first day of Ligue 1. Neymar, author of the opening goal, and Messi, who signed a double, splashed their talent in the game. Achraf Hakimi, like Marquinhos, author of the third goal, also participated in the party.

The Moroccan defender, positioned as a piston, scored the second goal of PSG (26th). He was at the conclusion of a beautiful combination between Neymar and Lionel Messi. Arriving at high speed in the Clermont-Ferrand area, the Atlas Lion unleashed a missile that left no chance to the goalkeeper Mory Diaw, excellent despite the five goals taken.

Achraf Hakimi launches his second season in Paris in the best way.