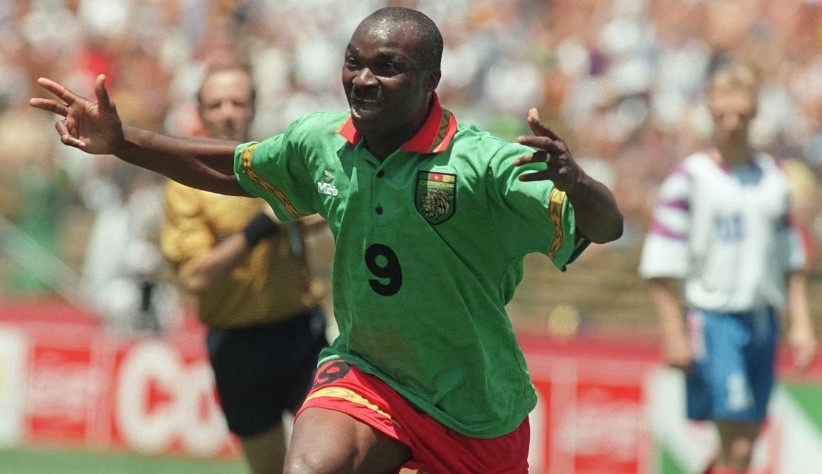 Roger Milla was honored on Thursday in Qatar minutes before the crunch encounter pitting Switzerland against Cameroon, as the 1990 World Cup hero received a portrait from Gianni Infantino.

It was in the presence of members of FIFA and CAF president, Patrice Motesepe plus FECAFOOT president, Samuel Eto’o.

The award was for being the oldest player to score a goal in a World Cup.

Milla scored at 42 years and 39 days against Colombia in the quarter-finals of the 1990 World Cup, and remains till date the oldest scorer of the 22 editions of the World Cup.

Roger Milla however did not get his heart desire on his special day as Cameroon lost their opening group G game in the World Cup 1-0 .