Rugby -Tests: Three changes in the Springboks' line-up against Scotland 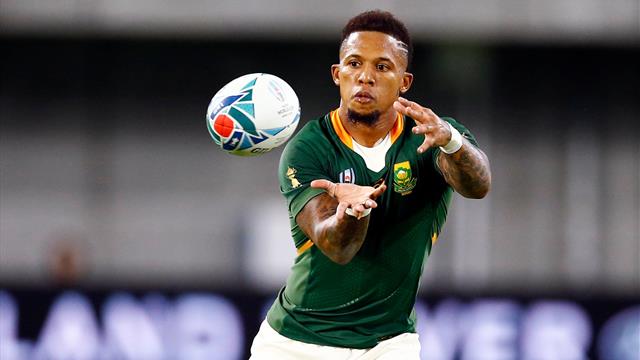 Rugby -Tests: Three changes in the Springboks' line-up against Scotland

South Africa will face Scotland in the second match of their autumn tour at Murrayfield on Saturday 13 November. Springboks coach Jacques Nienaber will field a starting XV with three changes from the line-up presented for his team's first outing, against Wales (23-18), a week ago.

L'Équipe reports that Franco Mostert, Elton Jantjies and Willie le Roux will start this time. They will take the place of Lood de Jager, Handré Pollard and Damian Willemse respectively. The newspaper said Willemse "has to follow concussion protocols after a knock against Wales".