Serie A: Koulibaly and Osimhen set Napoli on course for success against Sassuolo 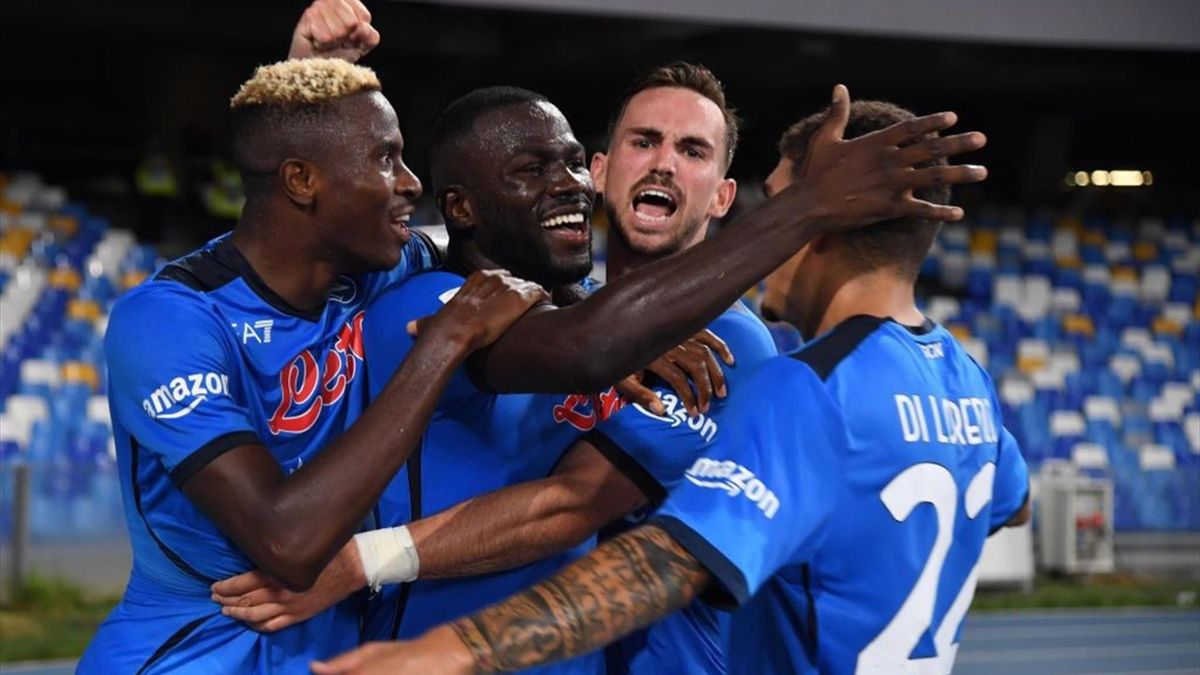 Serie A: Koulibaly and Osimhen set Napoli on course for success against Sassuolo

Napoli were 4-0 up against Sassuolo in the 35th day of Serie A. This lead on the scoreboard is due in particular to two Africans. Kalidou Koulibaly opened the scoring in the 7th minute. Victor Osimhen doubled the lead eight minutes later. Lozano (19th) and Mertens (21st) were the other Neapolitan scorers.

Another corner, another header, another goal! This time it's #Osimhen powering in off the underside of the bar!😍@victorosimhen9 💪#NapoliSassuolo 2-0

They finally demolished their opponents 6-1, Napoli will remain in third place, but will move a little closer to AC Milan (1st, 74 pts) and Inter Milan (2nd, 72 pts). The two Milanese teams play on Sunday 30 April. They will be able to keep their rivals at a safe distance.