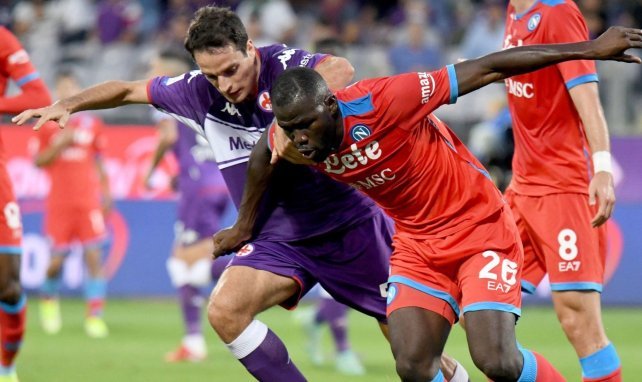 Kalidou Koulibaly and Napoli continue their dream start to the season. The Neapolitans won their seventh Serie A match in as many games at Fiorentina (2-1) on Sunday. But the Senegalese international had a nasty surprise at the end of the game. He was indeed the victim of racist shouts.

The Senegalese international was subjected to racist shouts during the match. He was not the only victim. His team-mates Anguissa and Osimhen were also targeted. But the fans continued to attack Kalidou Koulibaly even after the match.

After his post-match interview, one fan called him a monkey. Kalidou Koulibaly responded: "Did you say monkey? Come here and say it to my face". Unfortunately, this is not the first time that the Senegalese and other black players have been the target of racist insults. The Napoli defender has condemned these insults on his social networks. Koulibaly is calling for an outright ban on any culprits.