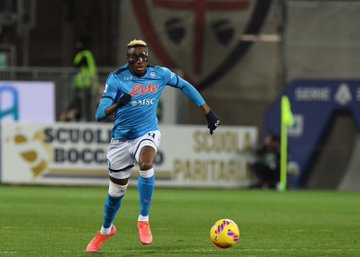 Victor Osimhen was left on the bench at kick-off against Cagliari, but Napoli would have lost their match day 26 of the season on Monday. It was the home side Cagliari who led a 1-0 after 58 minutes, but the Partenopei had to rely on their Nigerian. The Super Eagles striker was sent on in the 66th minute by Luciano Spalleti, and he snatched the point for his team with an 87th-minute equalizer.

The 1-1 draw keeps Napoli in third place in the Italian league on 54 points, tied with calcio runners-up Inter Milan.