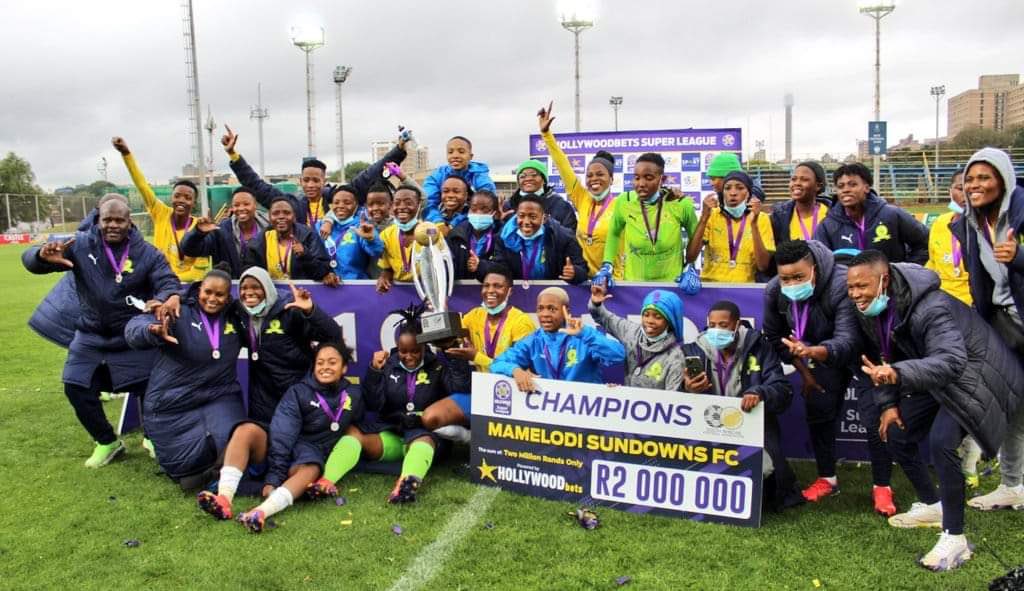 Mamelodi Sundowns Ladies are champions of the Hollywoodbets Super League, the South African women's league. This is their second consecutive title. The champions of the African Women's Champions League are undefeated throughout the season. The ladies ended the season in style on Sunday, December 6, with a 7-0 win over Ma-Indies Ladies on the 26th and final day of the league.