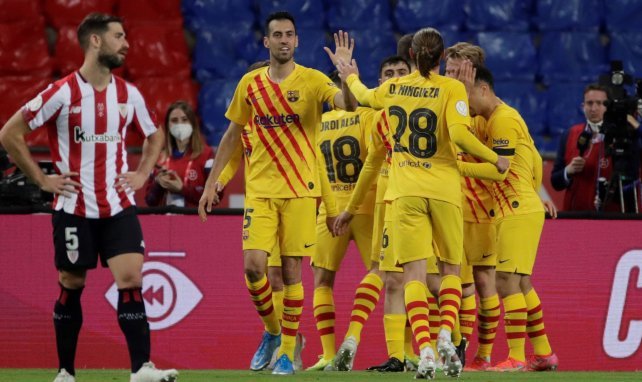 Barcelona have won the Copa del Rey for the 31st time, beating Athletic Bilbao 4-0 in the final on Saturday night.

The match was decided in the second half. Barça scored four goals in 12 minutes thanks to Antoine Griezmann (60th), Frenkie De Jong (63rd) and Lionel Messi (68th and 72nd).

Barça's elimination from the Champions League means that they can claim their first trophy of the season. Whatever the final result in La Liga, it will avoid a second season without a trophy for Messi and mates. It should be noted that Bilbao had beaten Barça (3-2) in the Spanish Super cup final at the start of this season.