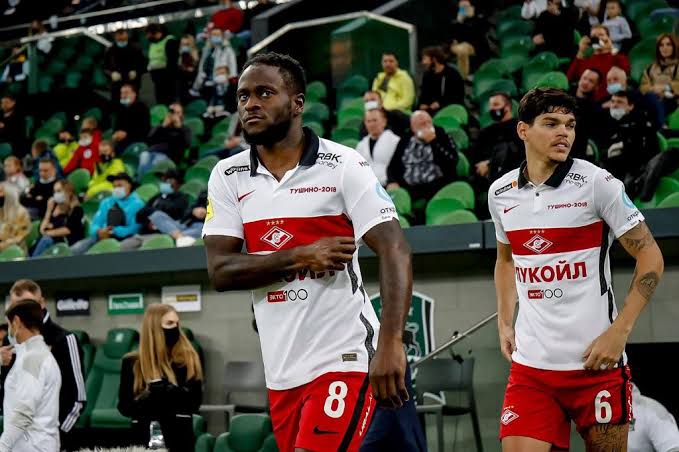 Victor Moses will be absent from Spartak Moscow's second leg match against Benfica on Tuesday 10 August. This match is a third round qualifier for the next European Champions League. The Nigerian international will not take part in this match. The Super Eagle went off with an injury on Saturday 7 August in a league match.

In a pre-match press conference, the Russian club's coach Rui Vitoria confirmed the absence of his experienced player who did not make the trip to Lisbon. " We did not bring Victor Moses and Promes to Portugal, they are both injured," he announced.

However, Spartak Moscow were beaten 2-0 in the first leg and must now get a good result in Portugal. If not, Moses' team-mates will have to make do with the Europa League.