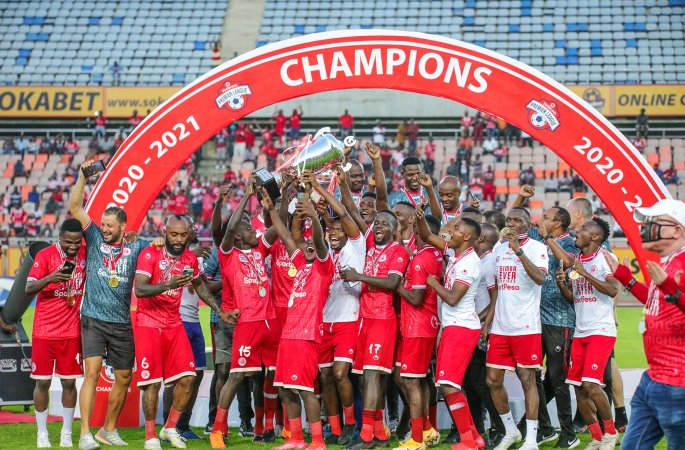 It's official! Simba SC are the Tanzanian Premier League champions. While the title was already secured for the club a few days ago, Simba received their trophy on Sunday afternoon in the final round of the league.

The champions hosted Namungo FC at the Benjamin Mkapa Stadium and won by 4-0. Goals were scored by Meddie Kagere (19th), Chris Mugalu (24th and 67th) and John Bocco (90th+4). The result allows the Red and Whites to finish the season in the best possible way with a 9 points lead over their pursuers, Young Africans.

Simba SC is thus qualified for the CAF Champions League next season. However, they will be joined by Young Africans and Azam FC. JKT Tanzania, Gwambina FC, Ihefu FC and Mwadui FC have been relegated to the second division. Coastal Union and Mtibwa Sugar will play League One play-offs against League Two teams.