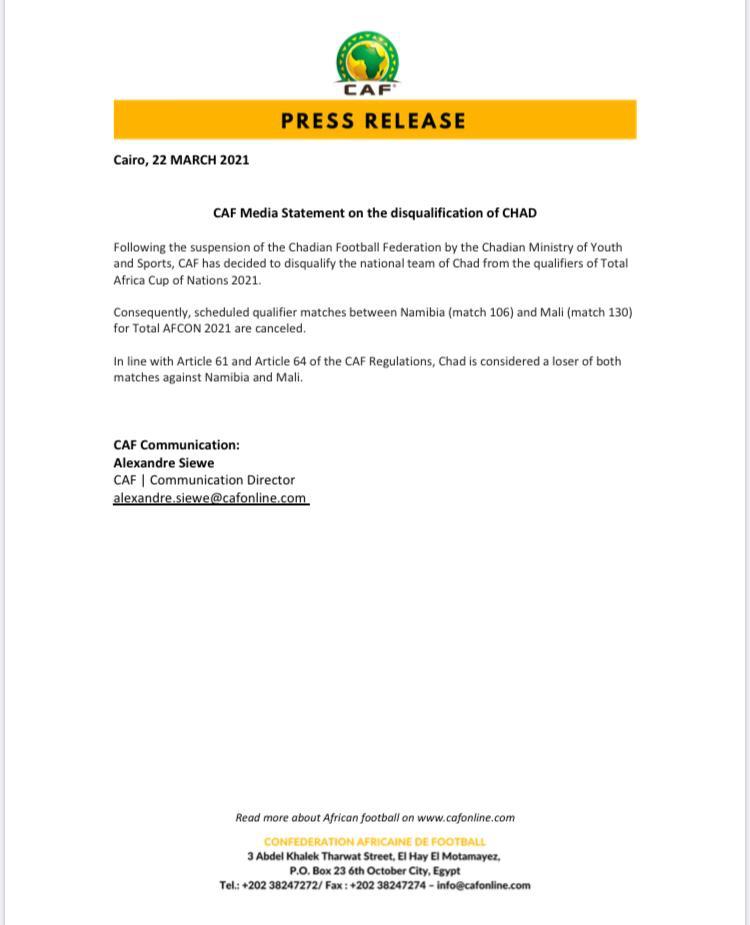 The Confederation of African Football (CAF) has disqualified the Chad national team from continuing in the 2021 Africa Cup of Nations qualifications.

The Chad team was expected to play against Namibia this Wednesday and subsequently take on Mali on Sunday.

The disqualification comes as a result of a scuffle between the Chadian Sports Ministry and its Football Association.

Consequently, Chad is considered the losers of the two matches in accordance with article 61 and article 64 of the CAF regulations.

Prior to its disqualification, the Chad team stood at the bottom of the standings in Group A with just a point behind Mali, Guinea, and Namibia.