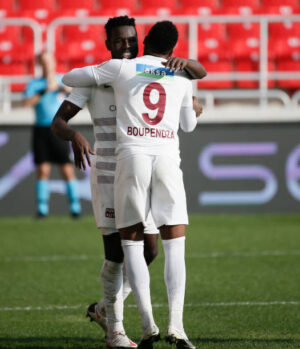 Hatayspor's infernal duo of African strikers have once again raised the bar. Aaron Boupendza of Gabon and Mame Biram Diouf of Senegal helped the promoted side beat Antalyaspor 3-2 in the opening match of the 36th round of the Superlig. The former scored twice to take his tally to 21 goals. He is more than ever the best striker in the Turkish league this season.

His closest rival in the standings is his strike partner Mame Biram Diouf (16 goals). Hatayspor (5th) have moved up one place in the table. With six games to go, they are only six points off fourth place in the Europa League.