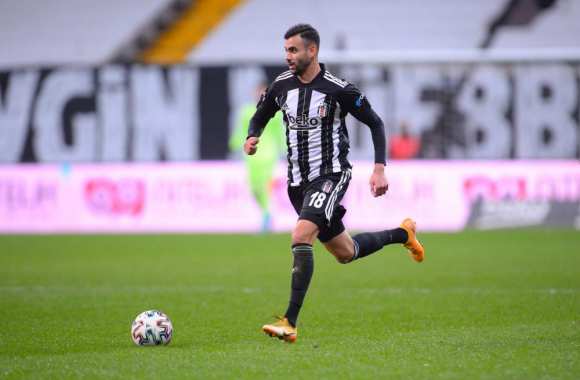 Besiktas Istanbul (84 pts) became Turkish champions on Saturday 15 May. Besiktas won the title with a 2-1 victory over Göztepe in the 42nd and final round of the Süper Lig. Algerian Rachid Ghezzal scored the title-winning goal. The "Fennec" converted his penalty in the 69th minute. The Croatian international, Vida (10th) had opened the score first. Vincent Aboubacar was also crowned with the Eagles.

Besiktas Istanbul won the Turkish championship for the 14th time in its history by beating Galatasaray (84 points) on goal difference (+45 against +44).

With 8 goals and 17 assists in 31 games, Ghezzal, on loan from Leicester, will certainly not be able to refuse to extend his adventure in Turkey. The Turkish fans have even launched a fund to keep him.

33 games
8 goals
17 assists
The penalty for the title!