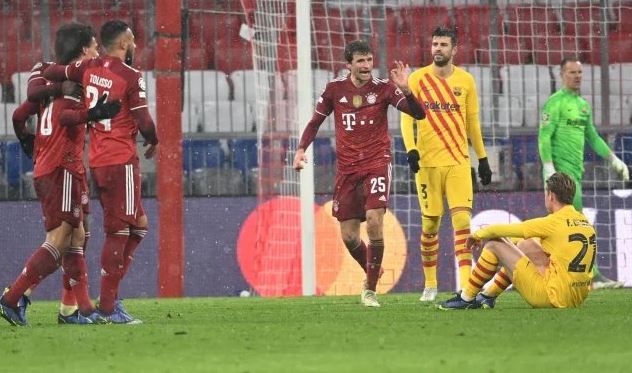 A first for 17 years. The adventure in the Champions League ends in the group stage for FC Barcelona. The Catalans had to win against Bayern Munich on the final day to qualify for the last 16. Xavi's men did not manage to do so. Against a German team already qualified, but in search of a 6th victory in as many games, the Blaugrana lost heavily (3-0). Müller (34th), Sané (43rd) and Musiala (62nd) precipitated Barça's elimination. The result was good for Benfica Lisbon. In the other Group E match, the Portuguese dominated Dynamo Kiev (2-0) to qualify for the last 16 along with the Bavarians. Barça, meanwhile, are now in the Europa League.