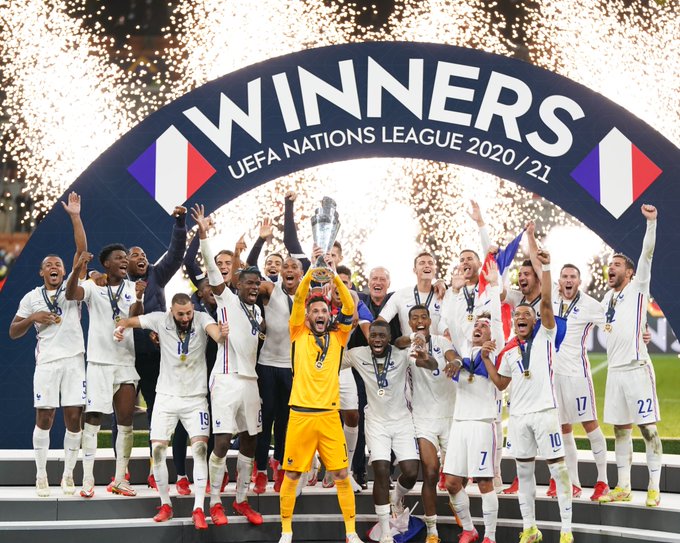 Spain dominated (64% of possession), France won (2-1). That's how to sum up the final of the second edition of the UEFA Nations League on Sunday. Spain's early dominance was made evident as they open scoring after the break bust like in their semi-final victory over Belgium (3-2), France managed to turn the match in their favor. Karim Benzema punished the Spaniards with a beautiful curl just outside the penalty area to get the equalizer. Oyarzabal's 64th minute goal had put the Reds ahead before Benzema's masterpiece two minutes later.

Kylian Mbappe then scored the winning goal for Les Bleus in the 80th minute. France thus succeeded Portugal, winner of the first edition of the tournament.