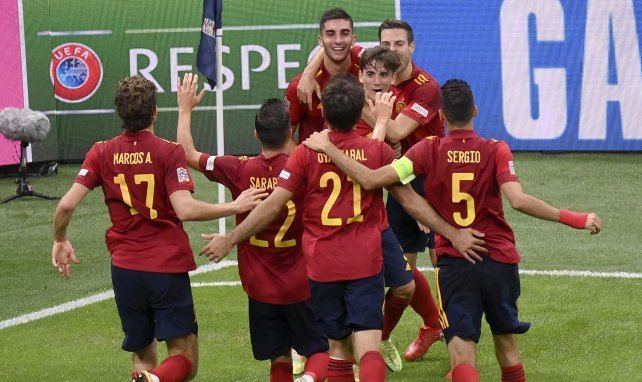 Spain will play in the final of the Nations League. La Roja eliminated Italy, the reigning European champions. The Spaniards won 2-1 and qualify for the final.

La Roja made the difference in this Nations League semi-final in the first half. The Spaniards led 2-0 at the break thanks to a double from Ferran Torres (17', 45+2). Spain also benefited from the dismissal of Italian captain Leonardo Bonucci in the 45th minute.

The Italians, however, did not give up. They even managed to reduce the score through Lorenzo Pellegrini in the 83rd minute. But it was not enough to get back into the game. The European Champions will not win the Nations League. This defeat also puts an end to their unbeaten run. This streak now stands at 37 matches.

La Roja will know their opponent in the final on Thursday 7 October. It will be the winner between  France and Belgium, the other semi-final of this Nations League. The final of the competition takes place on Sunday.