Women's Afrobasket 2021: The DRC gives up on the organization 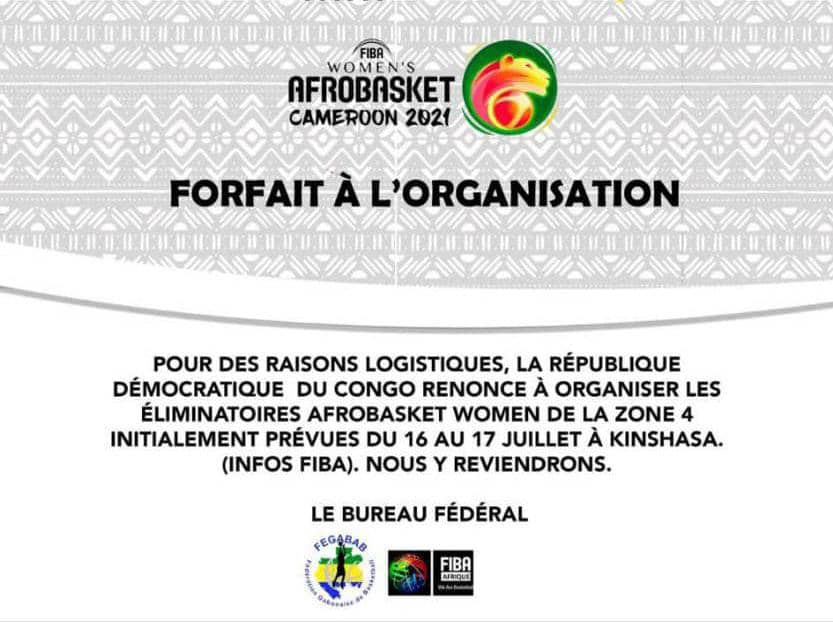 Women's Afrobasket 2021: The DRC gives up on the organization

The qualifiers of the zone 4 of the women's Afrobasket will no longer be held in DR Congo. The country has just given up its organization.

The information is confirmed to Sport News Africa by the fourth vice-president of the Federation of Basketball of Congo (FEBACO), Joe Nkoy Lolonga. "We do not have the logistical means to organize these qualifications. The Congolese government has not made available to us the means requested to assume the costs of organizing this competition," said the source.

According to some sources close to the Congolese Ministry of Sports, the administrative steps were started late by the federation. This has prevented the completion of the file. But this thesis is swept aside by Joe Lolonga. "It is not a question of passing the quid to X or Y. Since the national team involves the whole nation. We are all responsible, the federation, the ministry", counter-attacks one of the Congolese basketball officials.

This news comes at a bad time. For the Leopards were to begin the last phase of their preparation two days before the first game against Gabon, scheduled for Wednesday, July 14.

There is still a possibility for the DRC to request a postponement for a new date. But the federation will not be able to do so without the assurance of the government on the financing. The final decision of FIBA Africa is expected in the coming days.

As a reminder, the final phase of the Afrobasket will take place from 17 to 26 September in Yaounde, capital of Cameroon.