World Cup 2022 - Ghana: Oddo Atto shoots at the referee in defeat to Portugal 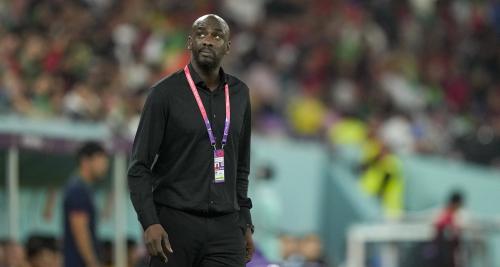 World Cup 2022 - Ghana: Oddo Atto shoots at the referee in defeat to Portugal

After Andre Ayew's outburst on the refereeing following their defeat against Portugal (3-2), it's the turn of the Black Stars' coach, Oddo Atto, to get into it. The Ghanaian technician does not understand the decision to grant a penalty to Cristiano Ronaldo without consulting the VAR. For him, there was no foul because the two players were fighting for the ball.

"There was no penalty. It is a gift. When someone scores in five World Cups, we can only congratulate him, but it was really a gift. There was no penalty, it was a bad decision. I don't know why VAR didn't intervene. It's unbelievable, maybe they were sleeping. We were playing the ball and there is contact. I don't know what the VAR was looking at. But if you see the action again, we were playing the ball, it was even in fact a foul against us," he regretted, quoted by L'Equipe.