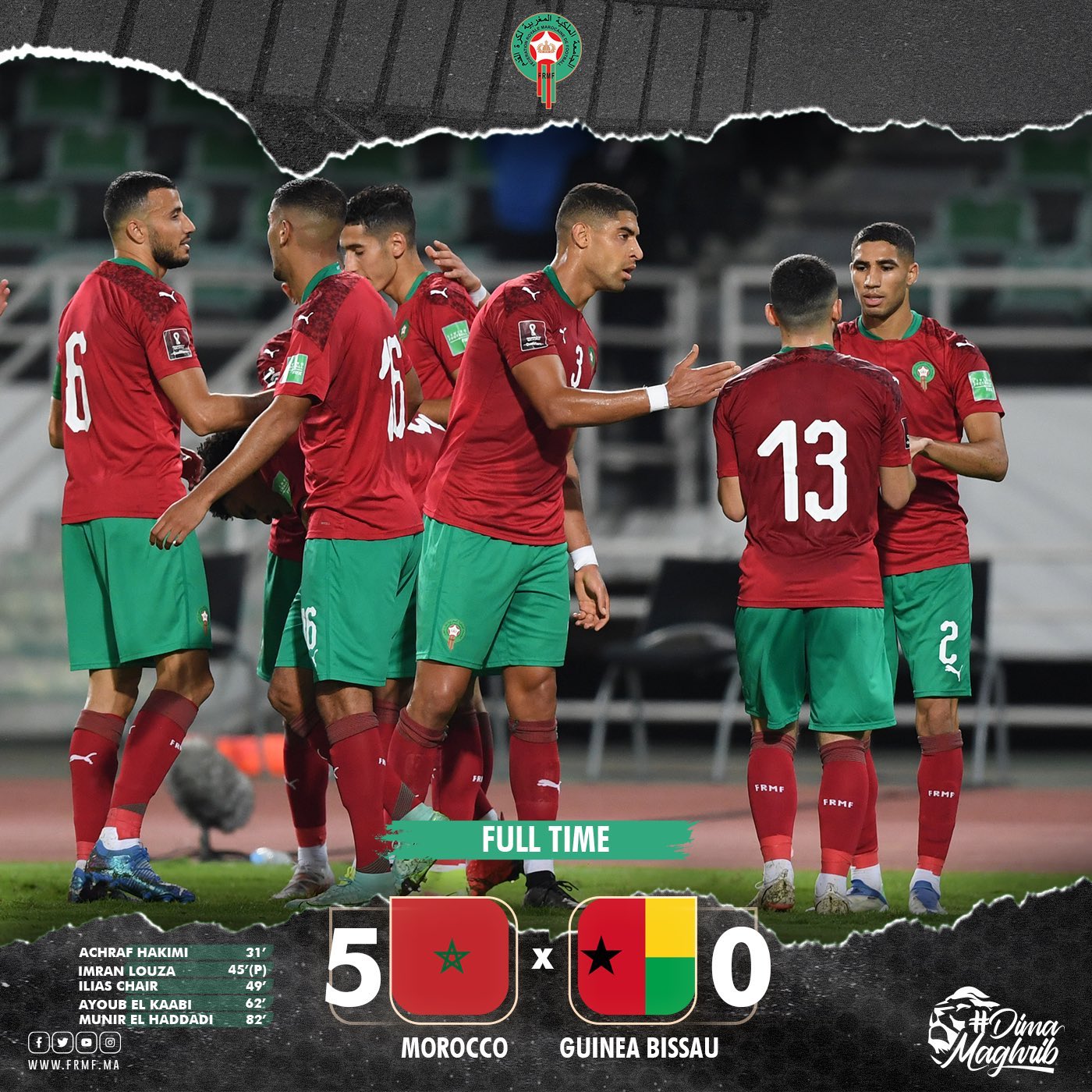 Morocco did not tremble against Guinea Bissau. In this match of the 3rd day of the 2022 World Cup qualifiers, Vahid Halilhodžić's players easily beat Guinea Bissau 5-0 on Thursday night.

The Moroccans folded the match in the first half. Achraf Hakimi first opened the score in the 31st game. Imran Louza then increased the lead with a penalty in the extra time (45+1). Morocco returned to the locker room with a comfortable lead.

The Moroccan festival was concluded by Munir EL Haddadi, who scored in the 82nd minute. The Moroccans take the lead in Group I with 6 points.