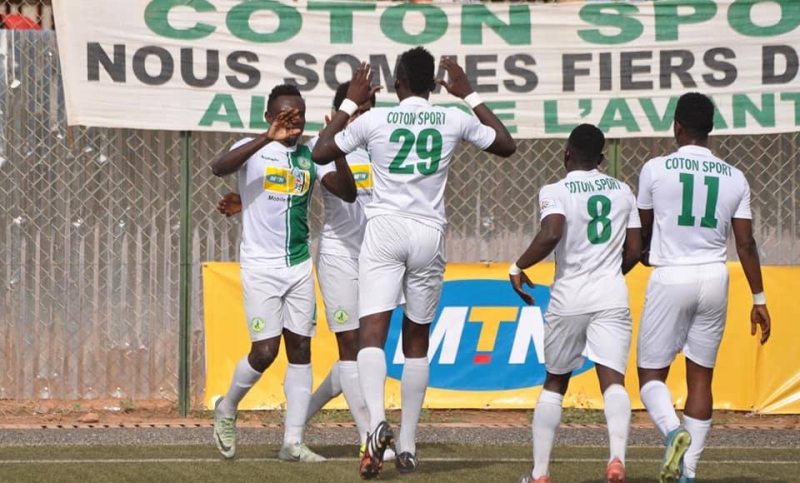 Coton Sport of Garoua, Cameroon's lone flag bearer in continental competitions this season is getting all necessary favor from the country, to ensure their stay in the CAF Confederation Cup lasts longest.

The government through the Sports and Physical Education ministry has provided an undisclosed sum of money to support the team in the quest to win their first ever continental title.

On Tuesday May 11, after the team's training session, the club's president  Fernand Sadou broke the news to the players as they intensify preparations ahead of their quarter final clash with Senegalese club AS Jaraaf. Apart from the regular club bonuses, the president said he had received the package from Yaounde.

“I have received the money, this is a special bonus I asked for from government, it is for the entire squad of 35 players and staff accompanying you guys through this campaign. This bonuses have nothing to do with your usual bonuses, it is a response to a special request I made to government,” Sadou said to the players.

He further emphasized that the gesture will serve the purpose adequately

'' This money will be shared among all 35 CAF registered players for this season as well as other players who are with the club but not playing the Confederation Cup, Everyone around the club, the technical team, drivers, stewards will each have a share of this government's gesture''.

A timely gesture as the team welcomes AS Jaraaf from Senegal this Sunday in Garoua for the first leg of their quarter final clash. Coton Sport also recently got pass from the government to use any and every training facility in Cameroon as they prepare for the final sprint of the Caf Confederation Cup.