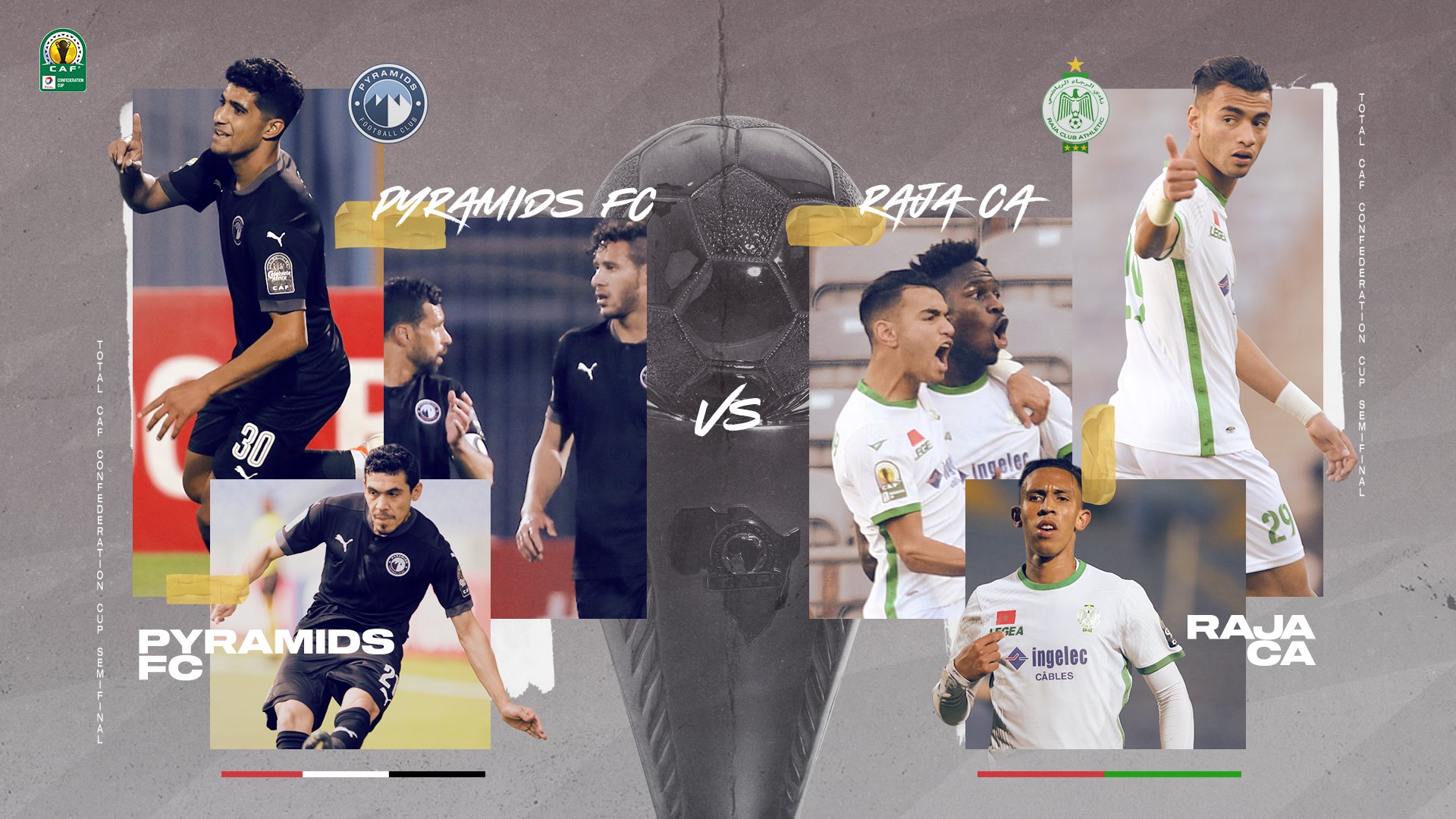 The first leg of the semi-finals of the Confederation Cup will kick off this Sunday 20 June. Four clubs are in the running to try to win their ticket to the grand final. Coton Sport of Garoua (Cameroon) hosts Js Kabyle (Algeria) while Morocco's Raja Casablanca travel to Cairo to face Pyramids Fc.

Pyramids FC vs Raja Casablanca is probably the most exciting match of the first leg of the Confederation Cup semi-finals, which will be played on Sunday 20 June. For the two teams, who will face each other in Cairo, it is a reunion in the competition. They had indeed met in the group stage and Raja had won. The Green Eagles therefore start with a slight psychological advantage.

The Egyptians are however determined to take their revenge. They made a good impression in the quarter-finals by beating the Nigerian club Enyimba. Last year's finalists, Pyramids Fc are hoping to repeat that feat and reach a second consecutive final. Even though the club seems to be struggling in the league. They are in ninth place in the Egyptian top flight with 34 points.

Their opponent, on the other hand, is well positioned in the Moroccan league. Raja Casablanca are currently second and since the arrival of their new coach, Lassaad Chebbi, last April, the Greens have only recorded one defeat, against As Berkane.

The Moroccans, who lost to Orlando Pirates of South Africa in the quarter-finals, are looking to redeem themselves after their disappointment in the African Champions League. They were eliminated in the first round by Senegalese club Teungeth FC. Raja's ultimate goal is to reach the final and lift their second title in the competition after 2018.

Coton Sport in search of a first final
The other semi-final will pit Coton Sport of Garoua (Cameroon) against JS Kabylie (Algeria). The Cameroonian team will play a CAF Cup semi-final for the first time since 2014. They came to the end of Jaraaf in the quarter-finals.

JS Kabylie could still record their third win against Coton Sport. The Canaris have won the last two games against the Cameroonians in the final phase of the CAF Cup. JSK, who beat CS Sfax of Tunisia in the quarter-finals, are regulars in the finals of the event. Unlike Coton Sport, Kabylie has won the Caf Cup three times. The Algerians' goal is to bring a positive result from Cameroon ahead of the return leg on 27 June.