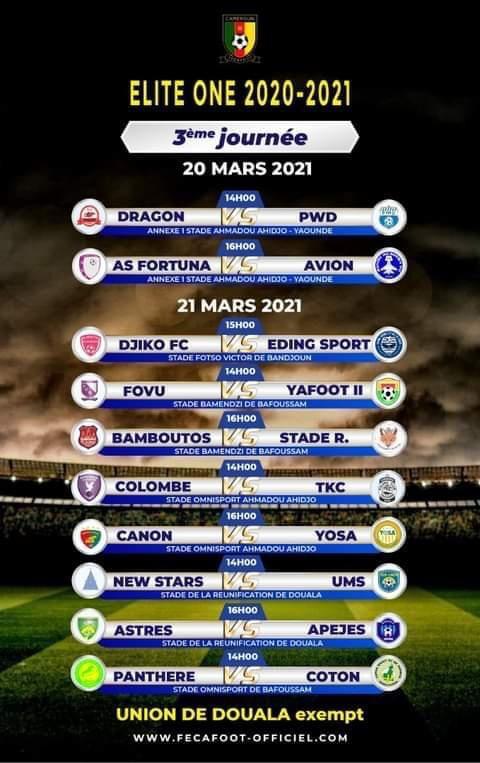 The highly accelerated Elite 1 and 2 championships in Cameroon is demanding more from the players who have to play a minimum of three matches per week in some cases.

In Group B of the topflight, five games were played on Tuesday with much of the teams sharing the spoils.

Apejes of Mfou after seeing off Coton spsort on match day 11, continued her fine form with a 1-0 win over Astre of Douala

UMS and Newstars of Douala played a goalless draw .

TKC and Colombe entertained fans at the Ahmadou Ahidjo stadium in a 4 goal thriller.

On Wednesday July 14, Yong Sports Academy of Bamenda and Canon of Yaounde played out a zero all tie in Bamenda.

Coton Sport of Garoua haven crashed out of the CAF Confederation Cup at the semis has never looked the same. The team has picked up 1 point in possible 9 in the championship. They were held at home by Panthere of Nde to a 0-0 draw.

Leaders Fovu of Baham dominated YAFOOT in Yaounde 3-1 to consolidate their grip on the top of the log.

Stade Renard of Melong lost at home to Bamboutos of Mbouda 0-2.

Unofficial standings in group A after Match day 14