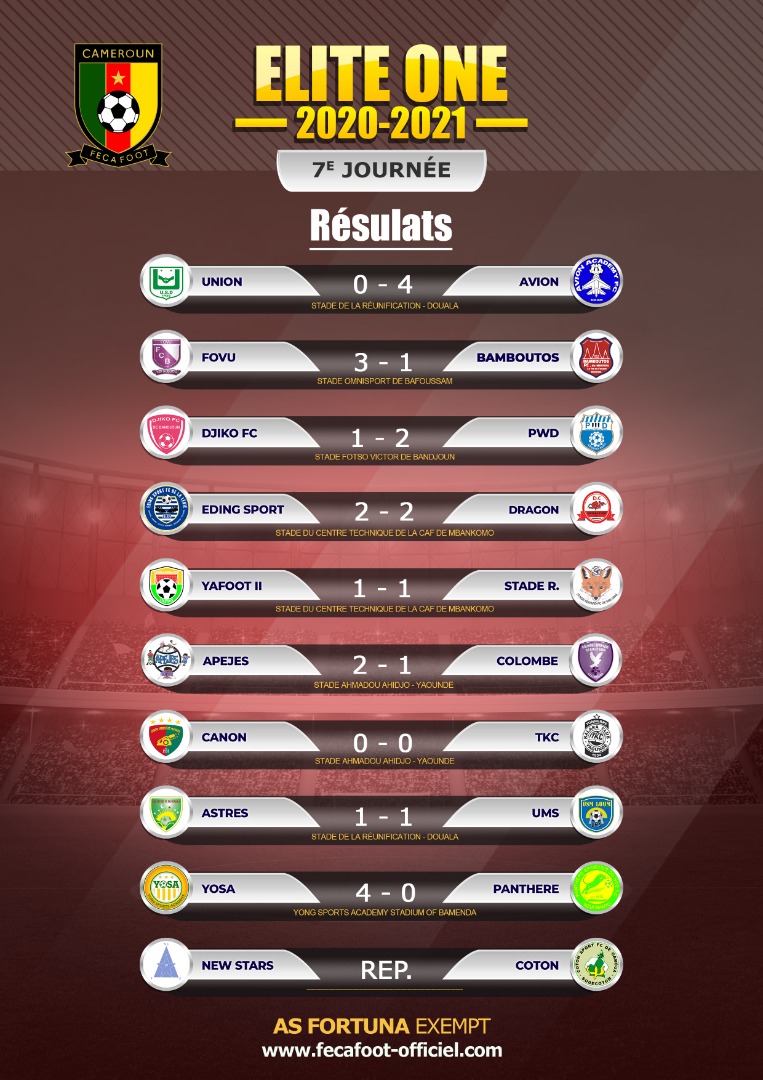 The 2021 Elite One Championship in Cameroon is gaining steam along the way. Some teams who started off on a low gear are getting on cruiser mode after 7 league matches played this far. On Saturday, matches were played across stadia in both pools.

Union of Douala suffered a humiliating 4-0 home loss to visiting Avion Academy. Avion's skipper George Mfegue was the star of the game as he scored twice and provided an assist to record the team's second win of the season.

In another regional derby, Fovu of Baham were too strong for visiting Bamboutos of Mbouda. A 3-1 win for Fovu leaves them on same points with their opponents of the day on 11 and just ahead of them on the standings.

Current champions PWD of Bamenda have begun replicating last season's form as they picked all three points on the road against Djiko Fc of Banjoun. 2-1 in favor of the Abakwa boys  leaves them with 10 points on the log.

Eding Sport and Dragon of Yaounde shared the spoils 2-2 in another regional derby in Yaounde.

Yafoot and Stade Renard of Melong also separated on a 1-1 draw in Yaounde.

Canon and Tonnere played a goalless draw in what was considered the top match of the week.

Astre of Douala and UMS of Loum played out a 1-1 draw, while Yong Sport Academy of Bamenda unleashed their arsenal against group leaders Panthere of Nde 4-0. The game Newstars vs Coton Sport has been rescheduled owing to Coton's CAF Champions League engagements against JS Kabylie next Wednesday in Garoua.

AS Fortuna was on standby for match day 7.