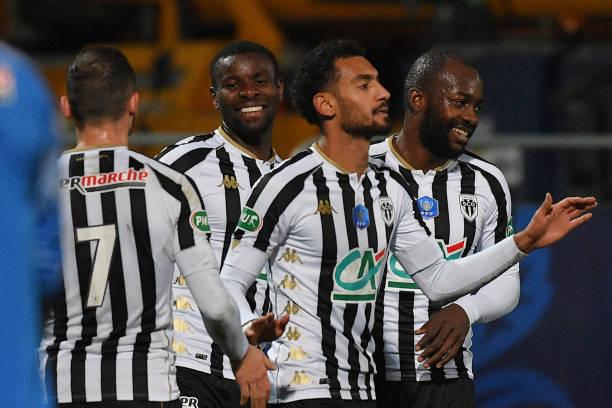 There were current and potential Indomitable Lions’ headline grabbers from Argentina to Turkey in the last round of fixtures around the world.

19-year-old Cameroon forward Dany Edjo’o recently joined Argentine second tier side Cañuelas FC from Banfield. He made his league debut for them in their 1-1 away draw with Villa San Carlos in match day one. He was introduced at the 75th minute of the game.

Forward Didier Lamkel Ze scored one and provided another for Royal Antwerp in their 4-2 home win over Kortrijk in match day 30 of the Belgian top flight. He led the line from start to finish. The 24-year-old winger has now scored five goals and provided three assists in 14 league games this season.

23-year-old Cameroon midfielder Jessie Guera Djou was sent off at the 90th minute in his second game of the played season in the Croatian top flight for Varazdin in their 2-0 away loss to Hadjuk Split in their match day 24 fixture. He was brought on at the 46th minute of the game and saw red at the 90th.

Winger Salli Edgar was on target for Olympiakos Nicosia in their 1-1 away draw with Ethnikos Achnas in the first leg of the quarterfinals of the Cypriot Cup. He scored their goal at the 34th minute before making way at the 90 + 2 minutes of the game.

Defender Harold Moukoudi played from start to finish for Saint-Étienne and scored their first goal in their 2-3 home loss to Lens in match day 28 of French Ligue 1. He has featured in 20 league games this season, with three goals and one assist to his name.

Potential Indomitable Lions’ midfielder Ibrahim Amadou scored twice while Cameroon forward Stephane Bahoken scored another for Angers SCO, in their 5-0 win over Club Franciscain in the round of 32 of the French Cup.

Midfielder Nathan Ngoumou scored the second goal for Toulouse FC at the 53rd minute in their 0-2 win over Aubagne in the round of 32 of the French Cup. He started and completed the game.

In match day 23 of the Malta top flight, 27-year-old Cameroon forward Dibola Diwoto Junior scored the consolation goal from the for bottom of the league side Sanglea Athletic in their 5-1 way loss to Mosta. It was his fifth league goal of the season in 19 league appearances. He was replaced at the 87th minute of the game after seeing yellow at the 74th.

30-year-old defender Abdel Lamanje played the entire game in his league debut for Astra Guirgui in their 2-1 home win over Hermannstad1 in match day 26 of the Romanian top flight, since joining them from Kazakhstan Premier League side Shakhter Karagandy.

31-year-old Cameroon forward, Léandre Tawamba Kana scored a brace for Al Taawoun FC in match day 22 of the Saudi Arabian top flight. They recorded a 2-2 home draw with Al-Batin. He led the line from start to finish and saw yellow at the 36th minute. He has now played in 20 league games this season and scored 10 goals and provided three assists.

Newly signed forward Cédric Teguia from Oviedo, provided the assist for Albacete for their equalizer at the 90th minute in their 1-1 draw with Logrones in match day 28 of the Spanish second tier. He started and completed the game. It was his fourth league game for them with one assist to his name.

18-year-old Cameroon defender Marc Fred Tsoungui scored the second for FC Lausanne in their 0-3 away win over Vaduz in match day 23 of the Swiss Super League. He was brought on at the 72nd minute of the game before scoring their second at the 90+5 minute. He has featured in six league games this season.

29-year-old Cameroon forward Vincent Paté Aboubakar scored both goals for Besiktas in their 2-1 home win over Gaziantep BK, in match day 27 of the Turkish Super Lig. He led the line from start to finish. He has now scored 15 goals and provided four assists in 22 league appearances this season.

Indomitable Lionesses forward Ajara Nchout Njoya scored the fourth goal for Athletico Madrid Femenino in match 21 of the Spanish Women’s top flight. They recorded a 4-0 win over Real Betis of injured Cameroon forward Michaela Abam. It was her second goal of the season in seven league appearances.