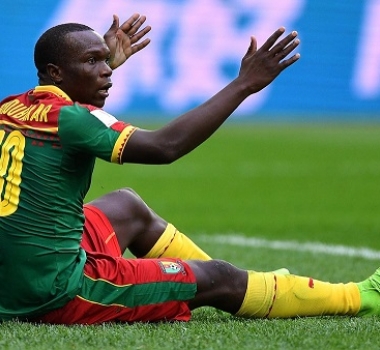 Cameroon's coach Antonio Conceiçao has made public a list of 28 players to take part in two friendly games to come up in the FIFA window between May 30, 2021 and June 9,2021.

Cameroon will within this period face an eternal rival Nigeria in a match that will sound friendly only on paper.

While the coach of the Lions seems to be going with a list that could be predictable from start to finish, his Nigerian counterpart Gernot's list is indicative of the desire and intention of the Super Eagles to carry the day over their neighbors.

Eric Choupo Moting gets a call up after controversies surrounding his invitation to the team a few months back.

Karl Toko Ekambi, Bassogog Christian and Ngamaleu have all been invited for the games. Visibly Cameroon's inform striker Vincent Aboubakar who recently was crowned champion of the Turkish Supa Lig has not been invited, owing to an injury.

Clinton Njie has also been snubbed as the Dynamo Moscow player's statistics are not very convincing. 4 goals in 24 league games. 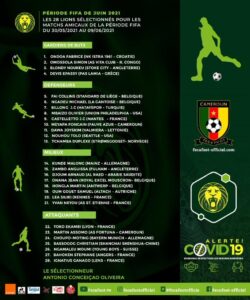 Another worrying absence from the 28 man list is 22 year old Lambert Araina of Coton Sport of Garoua. The striker is leading the goal scoring chart in Cameroon's domestic league and is also leading the charts in the CAF Confederation Cup competition this season. Araina gave Coton Sport a step into the Semi finals as his lone goal gave his side the advantage over ASC Jaraaf of Senegal, prior to the return leg. Pundits have out rightly questioned Araina's absence from the list.

Nigeria on the other hand has lined up an all star list of 31 players that will be trimmed to 23 players ahead of the encounter scheduled for Wiener Neustadt, just south of the Austrian capital.