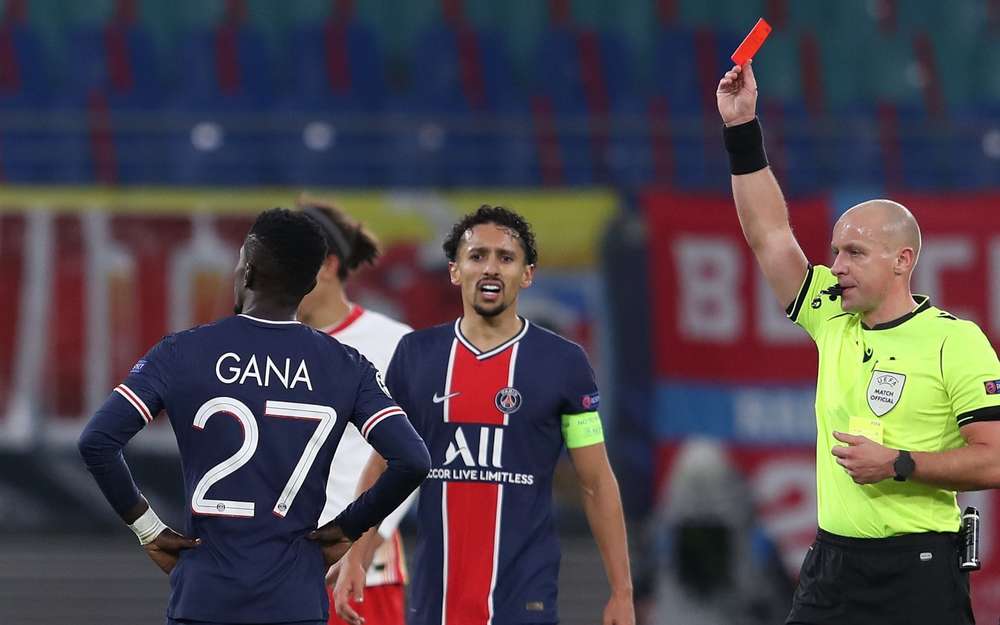 Idrissa Gana Guèye will not play in the first Champions League final of his career this season. UEFA has just handed him a two-match suspension as a result of his sending off in the first leg of the PSG-Manchester City semi-final (1-2).

The Champions League is over for Gana Guèye this season. The Senegalese midfielder will have to wait until the next edition of the competition to play in the most prestigious European club competition, regardless of the result of the return leg of the Manchester City-PSG semi-final (2-1) on Tuesday 4 May. UEFA has just handed him a two-match suspension for his sending off in the match against the Citizen.

Gana Guèye was sent off in the 77th minute of the match for a nasty foul on Gündoğan. If his absence for the second leg was already certain, his possible participation in the final, which will take place on 29 May in Istanbul, remained a possibility. UEFA did not offer him this possibility.

In addition, the European football governing body fined PSG 30,000 euros for the delayed kick-off against City.

At best Gana Guèye, from the stands or in front of the TV, could console himself with a qualification, or even a victory in the Champions League final for PSG. In the worst case, he could watch helplessly as his team is eliminated in the semi-final. With perhaps a feeling of guilt that would surely make him spend a dark summer.

It's not just a matter of the team's success, it's also a matter of the club's lack of Kylian Mbappé. The Parisian staff has not yet made a decision, but the participation of the world champion, who has a right calf injury, in the second leg of the semi-final is very uncertain.