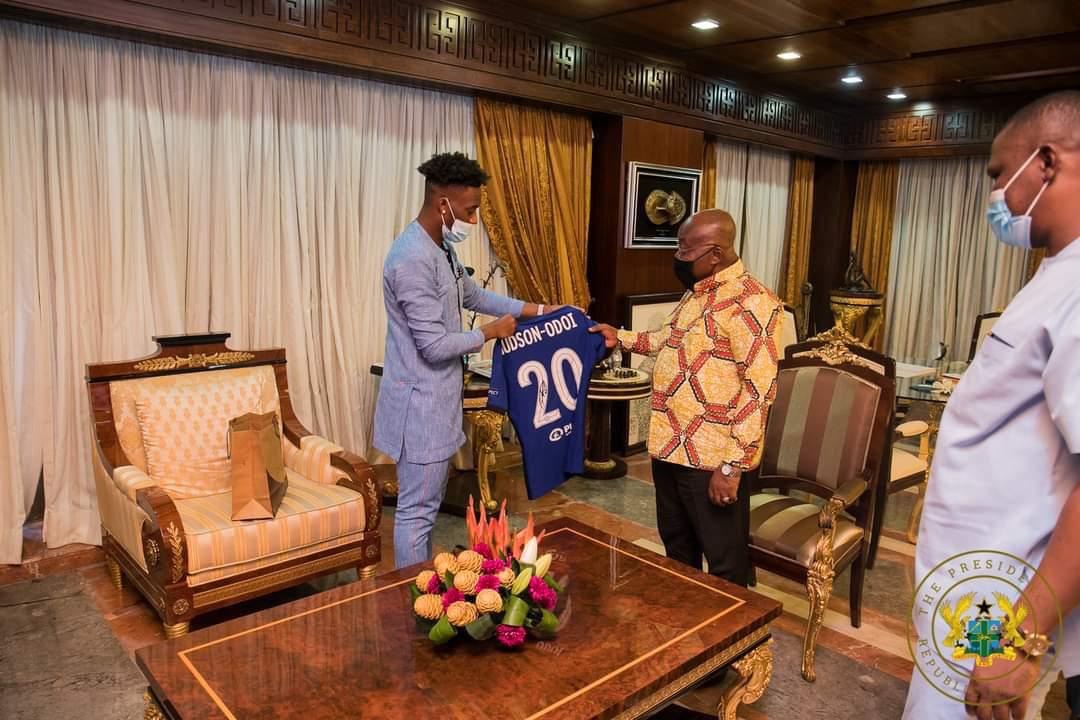 Chelsea FC star, Callum Hudson Odoi has paid a courtesy visit to the president of Ghana, Nana Addo Dankwah Akufo Addo at the Jubilee House. The UEFA Champions League winner is on holidays in Ghana after the end of the European football campaign.

The 20-year-old arrived in Ghana last week visited the presidency on Monday. During his visit, Hudson Odoi presented a customized jersey to the President who happens to be a Tottenham Spurs fan. 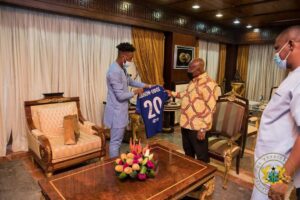 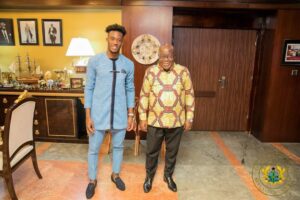 Ghana’s Ministry of Youth and Sports took their twitter handle to announce the visit.

''On Monday, 7th June 2021, GH born Chelsea footballer, Callum Hudson-Odoi, paid a courtesy call on
@NAkufoAddo .at Jubilee House .Amongst others, he urged the Minister for Youth and Sports to explore the possibility of having Callum switch nationality & play for the Black Stars”-they tweeted.

The winger was at the Accra sports stadium on Sunday to watch the Ghana Premier League matchday 28 games between Accra Great Olympics and Hearts of Oak which ended 1-1. 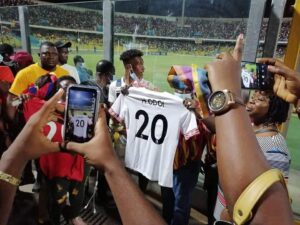 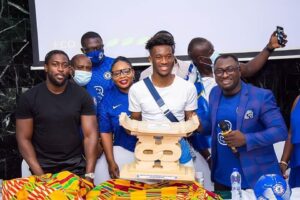 He was hugely welcomed by the fans of Hearts of Oak. He was presented with a customized Hearts of Oak shirt at the stadium.

Earlier in the week, the official Chelsea Supporters Club of Ghana gifted him a traditional Ghanaian stool with an Adinkra symbol symbolizing authority, unity and linkages between Africa and the diaspora.

Hudson-Odoi's dad, Bismark Odoi featured for Ghana Premier League giants Hearts of Oak in the early nineties. The London-born is still eligible to feature for the Black Stars of Ghana per the new FIFA eligibility rules for playing below age 21 even though he played for England’s U16, U17, U18, U19, U21 and senior teams. The player was left out of England's team for the upcoming European Nations Cup competition.