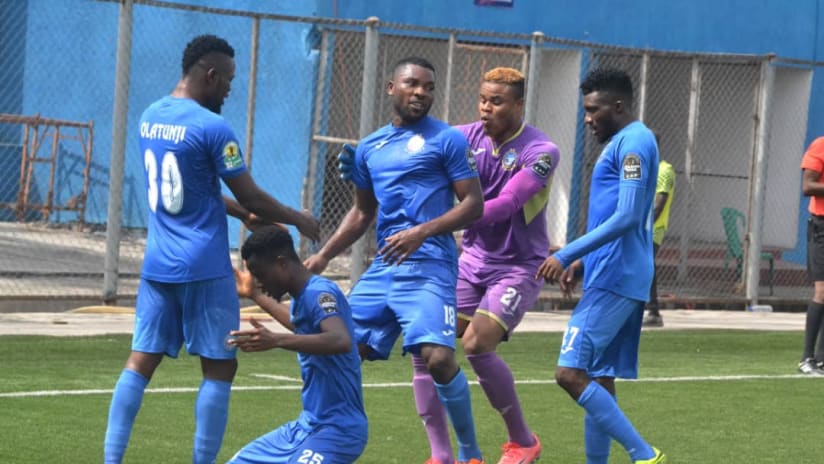 Enyimba coach Fatai Osho and captain Austine Oladapo have shared their respectively ambitions ahead of their 2021 Caf Confederation Cup showdown against Orlando Pirates on Wednesday.

The Nigeria Professional Football League side had began their Group A Caf Confederation Cup campaign with a 2-1 victory over Al Ahli Benghazi at the Enyimba International Stadium in Aba last week.

First half goals from captain Oladapo and Victor Mbaoma ensured the Nigerian giants subdue their Libyan opponents on their home ground despite Abdallah Imhamed first half equalizer.

This weekk, they are hope to maintain their fine start in the continent's club competition, with an away meeting with South African side Orlando Pirates and coach Osho believes his side can claim the maximum points Soweto.

“Orlando Pirates play good football and move the ball quickly too, they can play their way out in difficult situations, their speed of play is in abundance as well; it is going to be a tough task but we are very prepared for this, ”he told Enyimbafc.net.

On the part of captain Oladapo, who scored a superb goal against Ahli Benghazi, he is confident they can upset the Buccaneers at the 37,000 capacity Orlando Stadium.

“The game against Ahly Benghazi was a good game for us and a moral booster, the game has built our confidence and we will love to continue our winning run,” Oladapo told the club website.

“The game is a big battle because whosoever wins goes top of the group, Pirates are a good side but we are here (South Africa) for a win.”

The Nigerian side are fced with an uphill task following a 1-0 defeat to Pirates on their previous visit to the Orlando Stadium in 2006.

This time, the People's Elephants welcome back the services of forward Tosin Omoyele who missed their last game in the competition due to a suspension, but could miss the services of Sadiq Abubakar amidst fitness concerns.