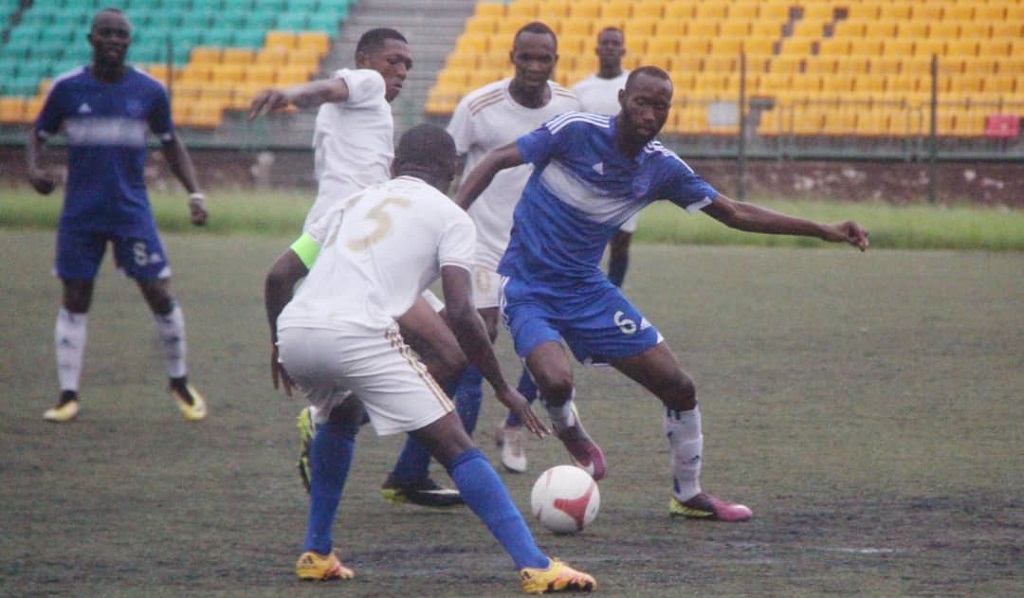 The score was one goal apiece until the 89th minute. Francili Mouzita stopped an action of the opposing team by catching the ball after a shot. Then, with a powerful right kick, the goalkeeper clears the ball up and high, crosses the entire field before bouncing and flying over the opposing goalkeeper. The latter had advanced some 30 meters from his goal. Thus, the ball finishes its course in the net. Without hesitation, the referee validates the goal.

"We cannot award such a goal."

Immediately, this triggers the curiosity and anger of the team from Brazzavile. On the pitch, all the visiting players protest to the referee. The match will resume after the intervention of the linesmen and the fourth referee. But, the protest will not change the ref's decision. The goal stands. 2-1 for the home side FC Nathalys.

"We can not accept such a goal because it is the goalkeeper who scores it by clearing the ball," exclaim a member of RCB. "The goalkeeper catches the ball. He throws it back for his team to score. Fortunately, the ball goes all the way across the field and into the opposing goal. The goal is valid", answers Émile Loufouma, coach of Nathalys.

"None of the 17 laws of soccer is opposed to its validation."

The arbitral body is unanimous "in that none of the 17 soccer laws opposes the validation of such a goal," they commented at fulltime. "The goal was so valid that the referee risks suspension if he dared to invalidate it," said Ndoumbé Makaya, youth coach with the Pointe-Noire Football League.

For the other results, As Otoho d'Oyo continues its perfect record. The Northerners won their sixth victory in a row against Patronage of Brazzaville. Black Devils of Brazzaville concedes a second defeat in a row. V.Club of Pointe-Noire bows to Cara of Brazzaville.