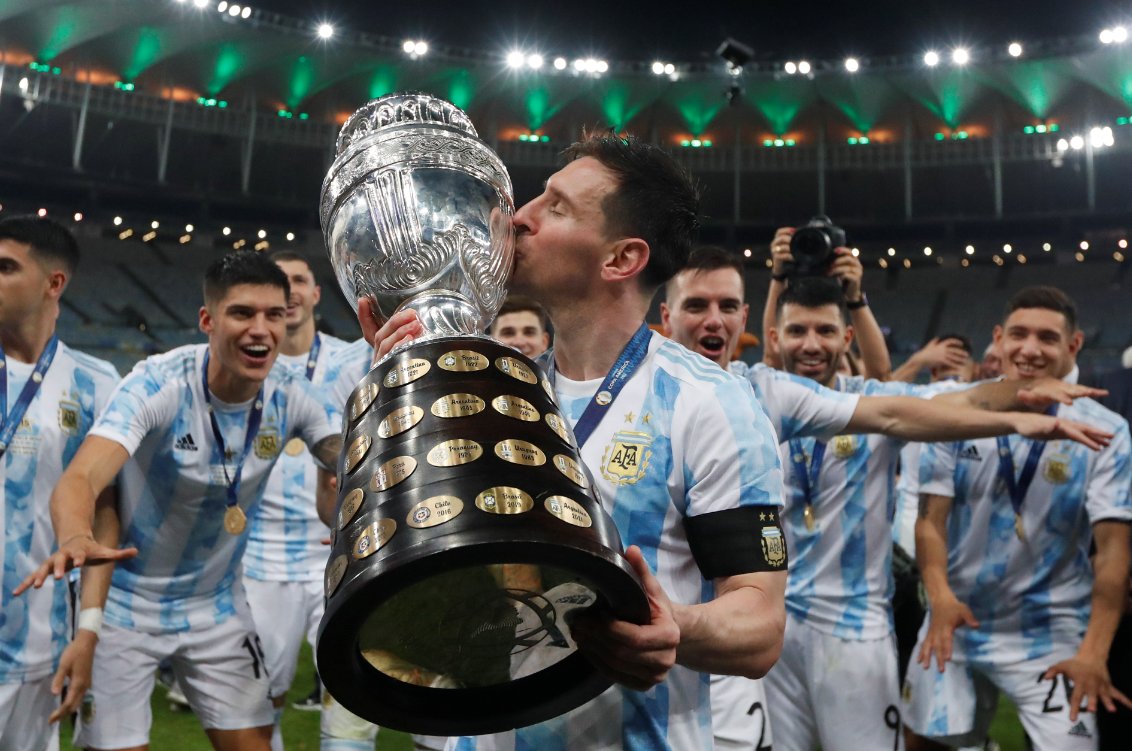 He's been chasing it for a long time, and finally he's got it. Lionel Messi won his first major trophy with his country last night. Argentina won the final of the Copa America (1-0) against Brazil thanks to Angel Di Maria. The 15th title of the Albiceleste in the history of this competition.

Finally, the curse is broken for Lionel Messi! The Argentinian genius won his first major trophy with the Albiceleste last night by winning the Copa America against Neymar's Brazil (1-0). After several disappointments with the national team, including several finals lost in recent years, the Argentine number 10 is for this time rewarded, to the delight of a whole country.

Although Lionel Messi was omnipresent in this tournament with 4 goals and 5 assists, this final victory bears the mark of an entire team, committed and devoted to its captain. With this state of mind, Messi and his teammates managed to overcome the host country of this Copa America, Brazil. A great feat! A beautiful revenge on history for the Albiceleste who had lost in this same country and in this same Maracana stadium the final of the 2014 World Cup against Germany.

As with their other matches in the tournament, Argentina gave everything they had in this final to win the trophy that had eluded them since 1993. After starting the tournament on the bench, Di Maria was the hero of the match against Brazil. It was Di Maria, a long-time warrior of Lionel Messi's (they played together at U20 level, in the Olympic squad and now in the senior team) who delivered the Argentine people. He scored the only goal of the match with a beautiful and inspired lob (21st). It was quite a symbol.

Lionel Messi can also thank one man, Emiliano Martinez, the Aston Villa goalkeeper. In the semi-final against Colombia, he saved three penalties for his team in the penalty shoot-out (1-1; 3-2 on penalties). Once again, the Albiceleste goalkeeper was decisive on the line, allowing his team to keep their lead until the final whistle of the match.

With this trophy, Lionel Messi has become a part of football history. At 34, the Argentine genius, voted best player of the tournament (with Neymar), was certainly playing the last Copa America with his team. For once, "Leo" was on the winning side.