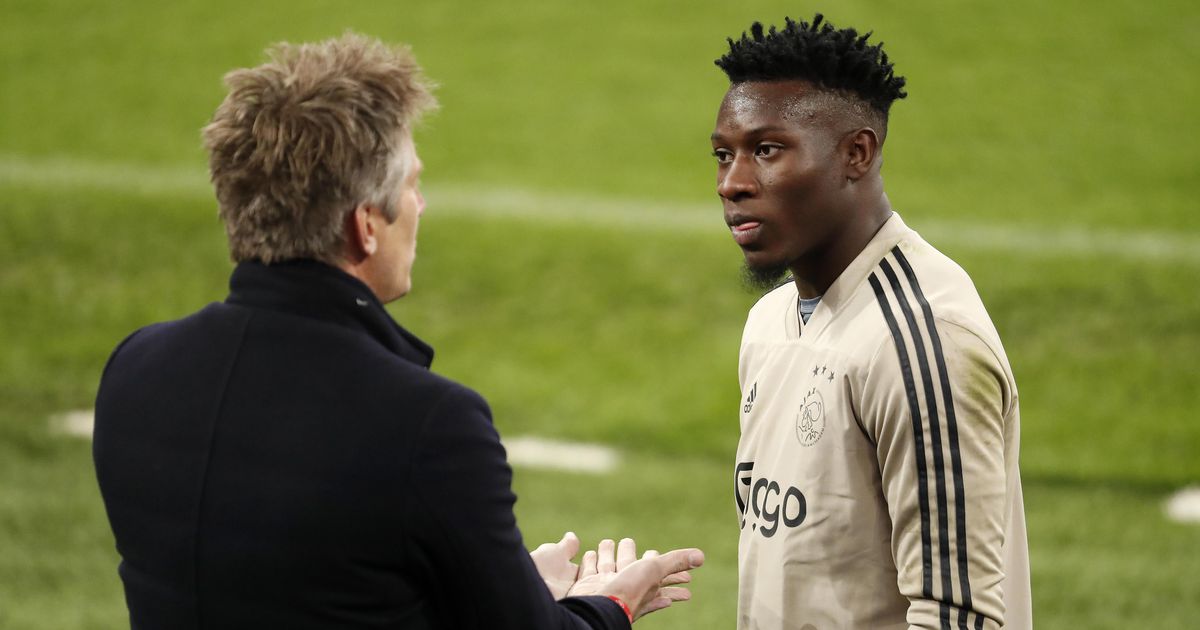 The Cameroonian goalkeeper of Ajax Amsterdam was heard on Wednesday by the judges of the Court of Arbitration for Sport regarding his doping sanction. His lawyer is not counting on a lifting of the suspension, he rather hopes for a reduction in the length of the sentence.

It was a crucial appointment for Andre Onana. The Cameroonian international goalkeeper of Ajax Amsterdam was heard on Wednesday by the judges of the Court of Arbitration for Sport (CAS). Assisted by the sports lawyer Dolf Segaar, hired by his club, Ajax Amsterdam, the player appeared via video conference.

The player's objective was to convince the three arbitrators appointed by the court in Lausanne to lift the suspension against him.'' We put forward our points of view, as did UEFA," Dolf Segaar revealed to nos.nl. We don't differ much on the facts. But what is an appropriate punishment? That is the question."

André Onana (25) was suspended for 12 months on 5 February by UEFA for anti-doping rule violations. The player and his club have appealed to CAS. Several witnesses were called, including Melanie Kamayou, Onana's girlfriend. According to the player's statement, the drug he "inadvertently" took and for which he was sanctioned, furosemide, was prescribed to her.

"No doubt, there is an offence".
Despite his client's denials, André Onama's counsel is not banking on an acquittal. ''Let's be realistic: it won't happen," he resigned himself. ''I really don't know yet, but we are hoping for a considerable number of months less."

However, Herman Ram, chairman of the Dutch Doping Authority, believes that André Onana should be happy that he only received a twelve-month suspension. Usually, he says, the penalty for such a violation is four years. "There is no doubt that the banned substance was in the player's body and with that, there is an offence. So acquittal seems out of the question," he says on nos.nl.

While waiting for the final decision of the CAS judges, the Cameroonian international (19 caps) is keeping his fingers crossed. The former Barcelona man, who has been banned from training and competitions with Ajax, could soon be back at another club if his sanction is lifted. Dutch media are reporting that he is on the verge of joining Arsenal.